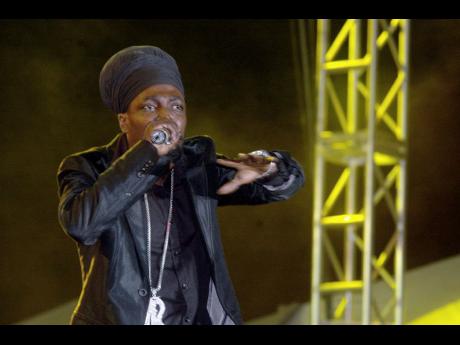 Junior Reid's One Blood is both a gung-ho party song and an appeal for unity, a combination which guarantees movement on the dance floor and an attendant spirit of bonhomie, if even for the moment. However, the song was intended to create, if not a spirit of brotherhood, then at least an awareness of a common humanity not so much at a party but between supporters of Jamaica's two main political parties.

Junior Reid tells The Sunday Gleaner that the 1988 song was written because "an election was coming up". That would have been the 1989 election in which Michael Manley became prime minister again, after the People's National Party's (PNP) resounding defeat in 1980 and the 1983 snap election which they did not contest.

"There was a tension, people can't move from here to there. Same time me a hear 'bout (Los Angeles, USA gangs) Crips and Bloods. When me check it, a people a fight people, an' we all bleed blood," Reid said.

"Modern vampire of the city

Or yuh come from Jungle

Or yuh come from Tower Hill"

Or yuh come from 'merica

Or yuh come from Africa

Yuh coulda be Irish man or a English man

Coulda be a Mexican or wedda Indian

He also revisited a previous song and used part of its lyrics to change the tone - literally and figuratively - of One Blood. "Me did have a song name Hey Mate, I Want You Get This Straight," Reid said. He used lines from that song spontaneously in his studio while recording the demo for One Blood, which personalised the message in the voice and vernacular of other cultures. In those lines Junior Reid sings:

"Hey mate, wooie a want you get this straight cooperate hey

Hey mate, hey mat,e a want you get me straight

Hey gov, do you believe in love love, love

Hey bloke, hey bloke, this is no joke"

After the demo at his own JR Studio, Reid finished One Blood at Anchor, where Clevie played drums, Chris Meredith was on bass, Tony Asher on keyboards, Dalton Brownie on guitar and Dean Fraser played horns. Reid says the version with the horns went on the disco 45 mix, which was not the one which hit in Jamaica.

While he naturally had confidence in One Blood, Reid said he did not consider whether it would become a hit. "No man can record a song and say dem know say is a hit," he said. "Sometimes what you think going to hit is not it hit." So there are times when a performer is putting all of his or her energy into a song, and the public picks up on another. "You just have to leave what you a do and focus on it, go with what the people a focus on," he said.

Jamaica had One Blood squarely in its sights in about three months and, in another three months, the United States market had taken on to the song. "It take about a year for all of the people know it," Reid said. "And as big as One Blood is, some people don't know it."

But its impact has transcended generations, as Reid points out that rapper, The Game, was six years old when One Blood was released and was 26 years old when he sampled it for his own recording, featuring Reid. That song, It's OK (One Blood) was the lead single from The Game's second album, Doctor's Advocate. "Him hear 'bout it through him parents and him community," Reid said.

One Blood hit in Jamaica, Reid saying that it made multiple trips to the top spot. Plus, he earned a number of JAMI and Rockers awards in the process. The song continues to have a strong impact on his live performances, Reid noting that he uses it to calm audiences when there is a disturbance in the crowd at a concert.