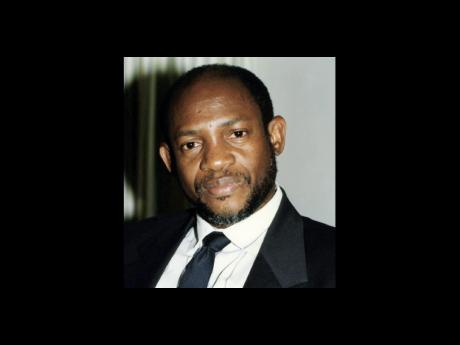 Douglas, the prime minister of St Kitts and Nevis, said the next step is for the OECS governments to seek parliamentary approval for the updated treaty to take effect in their respective countries.

"We are hoping that ratification will be completed within the next few months," he told journalists Monday, adding that governments, particularly attorneys general, still have to ensure that their national laws reflect the required changes.

"We have set a deliberate target date for the actual implementation of the union to be in January of next year," the OECS Chairman continued.

Dr Douglas and the prime ministers of the five other independent OECS countries, Antigua and Barbuda, Dominica, Grenada, St Lucia, and St Vincent and the Grenadines - affixed their signatures to the new treaty last Friday, paving the way for the Economic Union to take effect.

Montserrat, the other full member of the Eastern Caribbean grouping, and a British overseas territory, is expected to sign in the coming weeks, having just received entrustments from the United Kingdom, to participate in the initiative.

The two associate members of the nine-nation grouping are Anguilla and the British Virgin Islands.

The new treaty is an upgrade on the original accord that led to the establishment of the OECS 29 years ago.

It allows for the delegation of certain legislative authority to the heads of government and for the formation of a Regional Assembly of Parliamentarians comprising members of the parliaments of the individual islands.

In addition, the new treaty gives a "much more defined role" to the OECS Commission in getting the interlocking arrangements between the countries and the OECS.

Among the highlights of the economic union will be the free movement of nationals across the sub-region that already boast a common currency, central bank, civil aviation authority and judiciary.

Under Article Seven of the revised treaty, the sub-regional leaders have also agreed to the creation of an OECS Commission that will eventually replace the St Lucia-based OECS Secretariat once member governments ratify the decision in their respective parliaments.

Officials say they are hopeful that the required action will be taken before the end of this year.

Douglas said he was confident that talks with the previous Patrick Manning government of Trinidad and Tobago about that country entering into a political and economic union with the OECS would continue with the new administration in Port of Spain.

However, he said he was willing to give the one-month old administration of Kamla Persad-Bissessar time to take care of matters at home before resuming the talks.

Douglas said that during the campaign for the May 24 general election in Trinidad and Tobago, there were reports that the new government wanted to give the people of Trinidad and the OECS an opportunity to state whether or not they wanted their economies much more closely interlinked.

"I would want to give the new government time to look at its own domestic issues before it begin to reach out and re-engage the Eastern Caribbean states in that way," the St Kitts and Nevis prime minister said.

He said though that he was confident that any administration in Port of Spain would see the benefits of a closer relationship with the OECS and jump on such an opportunity.

"I'm sure that as soon as the government has settled down, these matters will be straightened out."