Dudus finds an ally in Miller? 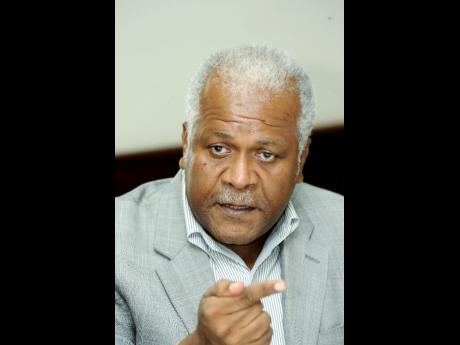 It is an unlikely duo - the colourful pastor and the feared, but low-profile area don.

Miller spoke to The Gleaner after Coke, who has been on the run for the past month, was taken into police custody. The police also issued a request that Miller, pastor of the Fellowship Tabernacle, turn himself in for questioning.

The pastor said he would report to the police today.

Miller said Coke contacted him yesterday and requested his assistance to be taken to the United States Embassy in Kingston.

"I, therefore, made arrangements with his lawyers because he wanted to go ahead with the extradition process. So we communicated with the US Embassy, because that's where he said he would feel more comfortable," Miller told The Gleaner.

Miller declined to say where he met Coke or with whom at the US Embassy he spoke.

US authorities claim that Coke is leader of the notorious Shower Posse and is wanted in that country to face charges of arms and drug trafficking.

The Americans have been pushing to have the 42-year-old son of former west Kingston don, Lester Lloyd Coke, alias 'Jim Brown', extradited for nearly one year, but were strongly opposed by the government of Prime Minister Bruce Golding.

Miller was one of the unofficial mediators - before and in the aftermath - in the bloody conflict in west Kingston late May. Security forces stormed Tivoli Gardens on May 24 in search of Coke, an assault that resulted in the deaths of more than 70 civilians and one soldier.

The minister was instrumental in getting Coke's brother, Leighton (also known as 'Livity'), and sister Sandra to turn themselves in to the police for questioning. Miller said Coke has faith in him.

"He trusts me. It's no different from the others. I have carried in a number of people in the last couple of weeks," he said.

Al Miller established a national profile during the late 1990s as the rootsy spiritual leader of the Reggae Boyz football team which qualified for the 1998 World Cup in France. He also endeared himself to the dancehall crowd, officiating at the August 2006 wedding ceremony of deejay Beenie Man.

Yesterday, he said he was not concerned that his link with one of the region's most dangerous fugitives might cause his reputation irreparable damage.

"They can say anything. It's what is facts, truth and what is right that matters," he said.