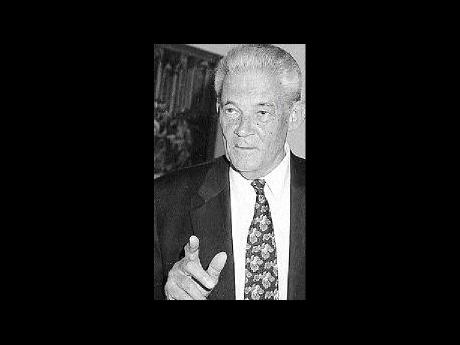 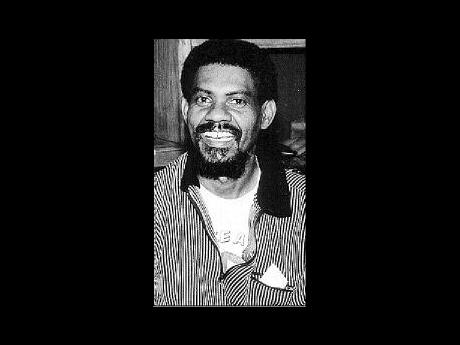 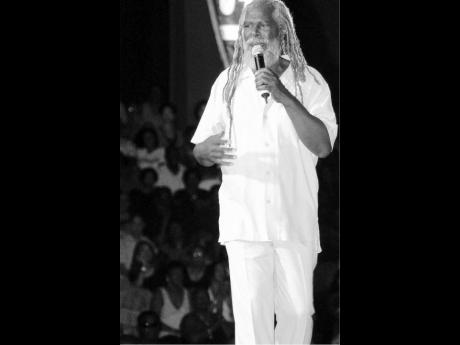 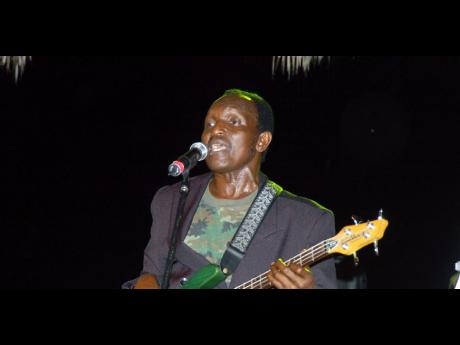 Bob Andy said Fire Burning "came out of the Michael Manley era", and the man generally credited as the most charismatic prime minister in Jamaica's history (and the most destructive or constructive, depending on perspective) was singed by the incisively critical song.

Andy tells The Sunday Gleaner that at that point in his youthful life (1974), he was seeing these two political organisations. "As early as 1972, it occurred to me - a young man who had not gone to school and had no political aspirations - one of the things that was not addressed was water. I was totally tired of politicians," Andy said.

"Here is a group of people in my young life that willingly made promises they knew they could not fulfil."

"Manley came and he was the great orator and certainly made us politically aware with his style. He was quite erudite, Hollywood-looking, but I was put off by the fact that he labelled his thing 'democratic socialism'," Andy said.

"Once you label it, people will pull it apart," Bob Andy said, referring to Manley's infamous "five flights a day" advice to those who were disillusioned with Jamaica.

In Fire Burning, Andy is an observer of tough situations ("from every angle that I see, my people you're meeting hell/the brothers have turned to crime/so they die from time to time"), prophet of social decay ("another thing I saw in vision, right in front my eyes/sisters prostituting, selling away their lives"), gives a grim assessment of the work and reward system ("they get but little pay, the ones who clean the mess/minority who sits on top, just rates themself the best") and, in the chorus, famously predicts the burning desire for social-position reversal:

"I see the fire spreading

It's getting hotter and hot

The haves will want to be

In the shoes of the have nots

Then you will be safe for sure

But if you are in pretence

You're on the wrong side of the

And he repeated "fire burning, fever".

In 1972, the Michael Manley-led People's National Party swept to power, replacing the conservative Jamaica Labour Party and there was a sense of optimism that "better mus' come". But Andy saw the 'signs on the door' on both sides of the political fence.

"If you keep on making promises to people you cannot fulfill, you are going to have an uprising eventually. You are tricking people," he said.

Close to the start of the period, which has often been summed up as simply the infamous '70s, which culminated with the 1980 election campaign in which over 800 people died, Andy says: "from that early, I saw the crime situation building. There was not enough emphasis on the youth and the songs of the day - all these songs - were heralding that a thing was growing and sure, it bear down on Tivoli some weeks ago."

Fire Burning is one of the first songs Andy wrote using the guitar, and also one of the first he sat down to write on paper. Check it Out, which is also 'political', got the scribal treatment in the song-writing process as well.

As he developed Fire Burning on his verandah on Highland Drive, Havendale, on a Sunday afternoon, Andy said: "I was hearing the melody while I was writing the words. Lloyd Chalmers was instrumental in co-producing Fire Burning. We tried it out at Harry J first, then we moved to Federal." The shift was due to Andy's prior involvement with Federal for Games People Play.

Continuing the trend, Fire Burning was recorded on a Sunday and voiced the same night. Among the musicians were Lloyd Parkes on bass, Paul Douglas on drums, Willie Lindo on guitar and Chalmers on keyboard. On the flip side was Burning Drums, featuring Count Ossie and the Mystic Revelation of Rastafari. "It was a tremendous 'B' side," Andy said.

However, Andy said the producer did not believe that Fire Burning could hit the top of the charts. But Cecile Wilson, who worked at RJR, loved the song and said, "this is another hit by Andy for Federal Records."

He has never had a negative response to Fire Burning and pointed out that "probably the most consistent subject in music is protest. People like when you take it to the system". And, ironically, as in many a protest piece of art, the 'system' often adapts it. "Years later, Portia Simpson quoted it in Parliament," Andy said. "Maybe they did not like it at first, but when it became popular they latched on to the bandwagon."

As for the famous line "the haves will want to be in the shoes of the have nots", Andy said that the people at the grass roots were used to a situation of 'having not', so it did not affect them as much as the 'haves' when there was a deficiency.

"Michael call me and warn me off," Bob Andy said.

At a reception held at Jamaica House, Manley was being introduced to particular artistes. Each had a complaint or request, Andy said, and, when it was his turn he was introduced as "the infamous Bob Andy". to which Manley replied, "I am aware."

"Then he threw his head back and said 'what you want, Andy?" He wanted nothing personally, but pointed out that if there was a copyright law, he and budding musicians could find a place in the world.

Andy was duly requested to attend a meeting and went to Heroes Circle exactly on time, but was told that he should go to Jamaica House. He did, but Andy was kept waiting (he said obviously it was never relayed to the prime minister that he was there) and the meeting did not happen. Two days later, he was taken to see Manley and spoke with him.

"He said, 'do you know who the biggest boy in Jamaica is?'," Andy recalled. He was thinking about the dons and well-known bad men of the day - Feather Mop, Kid Ralph, Jessie Hog. But Michael had someone else on his mind. "When he realised that I was not on target, he jumped up and hit his chest three times and said, 'me! The people of Jamaica say so. Tell your friends!'

He pointed out, though, that Manley would have heard about him from the other entertainers. Also, Andy said he had turned down Clancy Eccles when he was organising artistes to perform as the People's National Party went across the country.

"They were aware of this. I thought if I did anything like that I would be taking sides. I felt as early as that as an artiste, I had the right to be apolitical," he said.

He saw Manley on other occasions, "but nothing as serious". That included the premiere of the film Children of Babylon, in which Andy appeared.