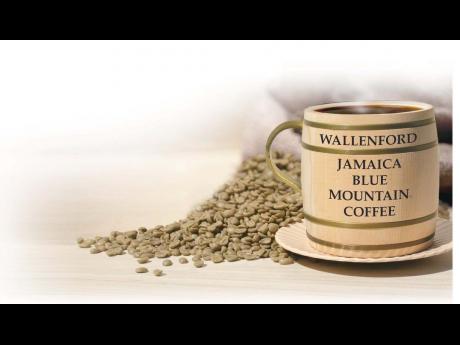 Wallenford Coffee Company Limited, a state-owned enterprise, is finalising a deal with Starbucks Coffee Company that will see Jamaican coffee added to the menu in 55 of the international chain's 'high-end' stores.

Christopher Gentles, director general of the Coffee Industry Board (CIB), who confirmed the deal Tuesday, said Starbucks, which has 4,800 coffee bars worldwide, is treating the placement as a pilot project that "if successful, they may spread to more establishments".

Wallenford, which is headquartered at Marcus Garvey Drive in Kingston, farms in the Blue Mountains and has its production facilities in Clarendon, will supply Starbucks through an undisclosed coffee dealer in the United States (US).

The programme will use a relatively small volume of coffee initially, Gentles said.

"We trust that it will grow to be significant within the United States."

Jamaica has been trying for years to break into the US market in a substantial way but has faced two hurdles - the majority of its coffee was committed to Japan, limiting volume supplies to new consuming nations, and the cost of the coffee, which is the most expensive in the world.

But Japan is now demanding 40 per cent less of the Jamaican beans, opening up opportunities for Jamaican dealers to enter into new contracts.

The Mavis Bank Coffee Factory Limited, for example, announced back in May that it had struck a deal to supply Barney's Coffee and Tea Company with 100 per cent Blue Mountain coffee through its 40 stores in Florida.

Starbucks will be using a special brewing system known as the 'Clover programme', which enhances the flavour nuances of coffee from geographic that, in the parlance of the trade, have 'a delicate cup', to bring out the unique aroma and flavour of the coffee, the CIB said.

Gentles did not comment on the value of the agreement to Wallenford, a six-year-old-company and the largest processor and supplier of Jamaican coffee.

Attempts to speak with both the chief executive officer and marketing manager at Wallenford on the new business arrangement were unsuccessful.

The company has been struggling for years, with the finance ministry noting in this year's Public Bodies Report that Wallenford's "lack of funds has impacted its ability to compete in a deregulated marketplace."

The report makes no reference to the Starbucks deal, nor whether it is factored into the anticipated turnaround, but Wallenford is projecting narrow growth of $36 million in export sales and a $180 million addition in local sales, a new revenue stream.

In May, Starbucks Coffee Company launched its exotics line of 'Single Origin Coffee' made by a special brewing equipment known as the Clover Machine for delicately balanced Arabica coffees such as Jamaica Blue Mountain Coffee, Hawaiian Kona and Ethiopian Harrar.

The strategic marketing committee, made up of the CIB and local coffee interests, says it counts the initiative as a positive one, especially in light of its commitment to diversifying markets into the United States, Canada, and Europe.

This committee has identified critical "brand characteristics" which will be the common thread through marketing campaigns in these major markets.

The CIB has entered into a trademark agreement with Tchibo's, "one of the largest of café chains in Germany, which we hope that our licensed coffee dealer here will increase that business," said Gentles.

Trademark agreements have been inked with companies in Russia as well, he said.