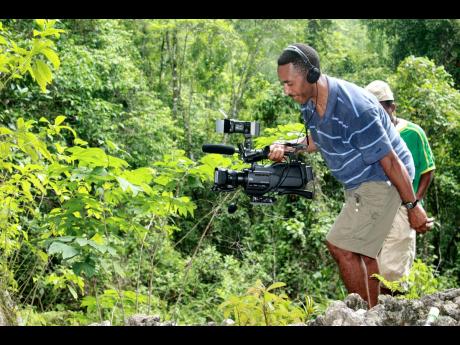 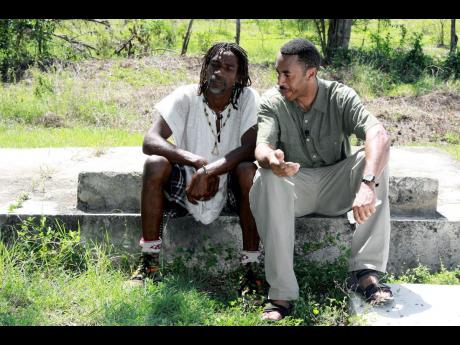 THE STORY of the Jamaican Maroons goes back, perhaps, to when the first shipload of slaves arrived in the island. These nonconformists led a life of active and passive resistance in the island's rugged terrain, and their indomitable spirits wore the oppressors down, leading to their being granted full autonomy of their lands.

The struggle for their freedom, and subsequent independence, are well documented by local and international scholars and researchers, and told in different ways to suit various agendas.

One man who also wants to put his own perspective on this story of epic proportions is Hollywood stuntman and descendant of the Accompong Maroons, Roy T. Anderson.

The New Jersey-based film-maker is currently in Jamaica capturing footage for his feature-length documentary, Akwantu - The Journey, which was also shot in Ghana, the United States and Canada. It will feature, inter alia, Anderson's journey "to the 'Motherland' to retrace the steps of his ancestors where they made the agonisingly long trek on foot from the northern countryside to the coastal dungeons of the former Gold Coast (now Ghana)".

The film is a result of Anderson's search for his roots. "What really started out several years ago as a simple genealogy project just really took on a life of its own as I began to uncover more and more documentary information about the family elders, like birth certificates, death certificates, etc.," the writer/producer says of his first documentary.

But apart from documenting the exploits of his ancestors for posterity, the 90-minute film seeks to convey "that an underdog can, in the face of overwhelming odds, defeat their superpower or giant, if they have the will and determination to do so ... What the Maroons did in their many battles with the colonial powers is nothing short of magnificent. A ragtag bunch of poorly armed Africans stood their ground and gave others hope. But, of course, their history, while glorious, is very complicated. This will be covered in the documentary," he said.

To capture the essence of the story as best he can, Anderson is using standard documentary techniques of interviewing and gathering footage. There will be feature interviews with world-renowned scholars, African nationals, Maroon officials and present-day Jamaican residents (both Maroons and non-Maroons). A heavy emphasis will be placed on the visuals, which will include re-enactments and animation. "Powerful music" will help in the conveyance of the message. And while he wishes his message reaches adults, he says, "It is my hope that younger viewers will be attracted to the film as well."

And how has it been for a first-time effort? "I've been in the entertainment industry for almost 25 years as a stuntman, stunt coordinator and second unit director. I have a keen eye. I see how the director works with his crew, and I've taken mental notes over the years. So I have made mistakes, but that's how you get better. The film is really coming together quite nicely," says Anderson.