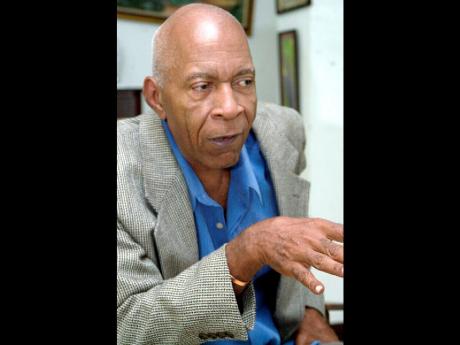 Artists across Jamaica are talking - on Facebook! The Trevor Rhone, Artists' Page on Facebook was created by his son, Trevor David Rhone, in honour of arguably Jamaica's greatest playwright.

Trevor David Rhone said his father wrote to mirror the lives of the ordinary man, and to reaffirm his strengths in such a way that he learns to diminish his weaknesses and to believe that he can make a positive difference in his society.

"His vision until his untimely death in September 2009 was to foster an environment that would be able to encourage and sustain a creative community. We thought providing a platform for artists' minds, dreams and aspirations to intermingle and grow would serve as means to keep one of his dreams for Jamaica alive. We have over 400 members, from an MTV producer in the UK to a farmer in St Catherine, Jamaica," he said.

Trevor David Rhone says everyday members post poetry they have written - sometimes discussing it - sometimes the words hang in the Internet air, photographs and stories inspired by the theme, 'let your spirit move you'.

"We get daily questions and feedback spanning copyrighting of a book or poem, screenplay writing, coping with writers block or just simply coping with life. To participate, please join us on Facebook and become a free member of the Trevor Rhone Artists' Page," he urged.

The idea is to foster creative and artistic thought - to carry on the Rhone vision.

At this point, funding is available for low-budget films if they are to be filmed in Jamaica with 30 per cent of the crew being Jamaicans.

"Two months ago, we started a poetry contest in the memory of our father. We hoped it would spark Jamaica's creative energies and provide means through which the talent of Jamaica could be heard."

The first poetry contest prize winner, Nadine Stewart, was announced on June 15, 2010. Stewart is a Jamaican living in Germany. Her poem was chosen from a field of 20 poems by the widow of the late Trevor Rhone, Dr Camella Rhone.

Stewart is a creative writer living and working in Germany since 2002. After leaving University, she migrated to Germany and has since worked exclusively in the field of film. Inspired by the recent west Kingston unrest, she strongly believes that "only we as a people can save our nation; we hold the key".