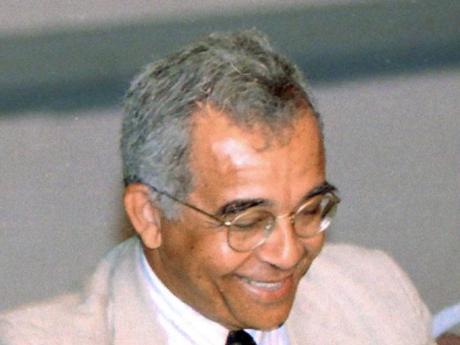 Bunting made the comment on Sunday after Robotham launched another broadside at the PNP in a Sunday Gleaner column.

Robotham said the PNP is the party of the lumpenproletariat.

"They did not even have the guts to come out and vote against a state of emergency, to which they were clearly opposed. Instead, they abstained," Robotham wrote, as he lashed the PNP for not supporting a resolution in Parliament for an extension to the state of emergency.

But Bunting was not amused by some of the claims the anthropologist made in his article.

"Originally, I was under the impression that Don was a communist. After reading his article today, he is now a fascist. Clearly, his commitment was to totalitarianism, rather than the interest of the workers," Bunting said of Robotham.

Fascists are intensely anti-democratic persons who believe in a one-party state that has one supreme leader. They also subscribe to the view that a tightly controlled economy is in the best interest of nations.

Robotham was a founding member of the Workers' Liberation League in the early 1970s - the forerunner of the communist-doctrine Workers' Party of Jamaica - which made three electoral attempts at entering Parliament but was rejected.