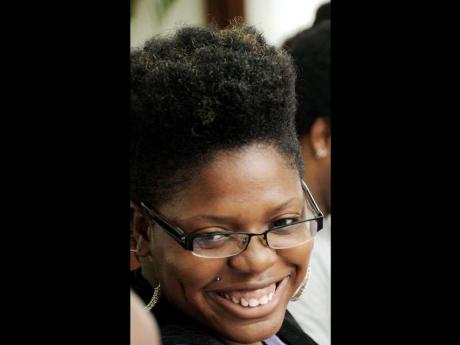 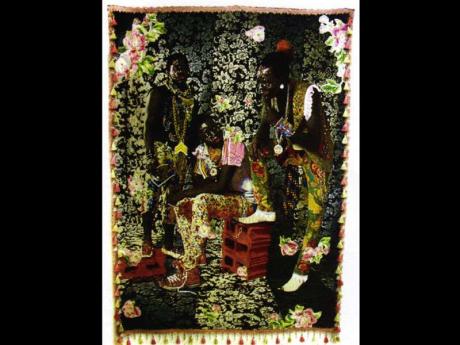 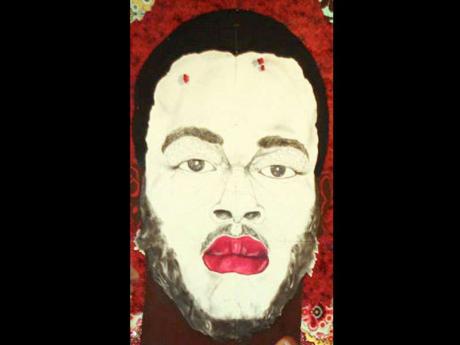 Ebony G Patterson, whose work was included in the National Gallery's recent Young Talent V Exhibition, would have been about five or six years old when Admiral Bailey's 'Della Move' was the dance song rage in dancehall. Her two uncles taught her the dance move on Patterson's visits to 'country' and she also visited the street dance in Stewart Town, Trelawny, when she was very young.

However, she told The Sunday Gleaner that "I think I really started engaging dancehall when I started going to Convent of Mercy Alpha Academy. A lot of the girls that I thought were really interesting were from around Alpha - Vineyard Town, Rollington Town and so on. I thought dancehall was a way to understand who they were".

Now Patterson is the one seeking to explain through dancehall. Her Artist's Statement for Young Talent V says, in part: "Ebony's latest body of work, under the general heading 'Gangstas for Life', is, at its core, a conversation about gender construction in the Jamaican Dancehall.

'Gangstas for Life' started by exploring the fashionable practice of skin bleaching in the 'gangsta' culture, but the most recent work has included other fashionable exploits previously associated with the feminine, and the wider so-called 'bling' culture - the embracing of a feminised aesthetic, which stands in striking contrast with dancehall's rhetorical homophobia".

Patterson grinned as she said "I grew up uptown" (and, off the cuff, adds "I like saying that"). "I feel dancehall kind of allowed me to understand what has been called 'the other side of Jamaica'."

Her observation of dancehall's many contradictions began at Passa Passa, the Tivoli Gardens street dance which has not been held since the circumstances surrounding Christopher 'Dudus' Coke's extradition escalated into outright warfare. "When I was at Edna Manley (College for the Visual and Performing Arts) a couple of us went down. It was amazing, all the dancers with Bogle at the time were bleaching, were all clad in very bright colours, were very slim," she said. It was all very contradictory to what was considered masculine, Patterson said. Then she remembered an article in The STAR, about men lightening their skins to confuse policemen.

The observation became very personal, though, in her experience with her best friend's nephew who she had known from he was five years old. "Very beautiful boy, nice Somali features". Patterson had not seen him for a while, then one night she went with her friend to where he was and there was no streetlight. "All you saw was the glow of the yellow face. I said 'who was that?'. My friend hissed her teeth and said 'no Peter'."

"I am really interested in beauty and the grotesque, how people were using the grotesque act to achieve what they thought was beauty," Patterson said.

David Boxer's Curator's Statement on Patterson for Young Talent V ends: "underlying the tongue-in-cheek approach is a serious examination of the elements of popular taste, the aesthetics of Kingston and Jamaica's vast and torrid popular culture". In examining this particular act of the grotesque, Patterson connected that glowing face to gangster culture and the article she had read, started researching bleaching, engaged with dancehall tracks about complexion such as Buju Banton's Browning, and made connections with the perception that the light skin came with economic viability.

Then, on a local television programme, one man spoke about preparing his skin for an event in much the same way he prepared his clothing - he would get his clothes and then get the cream so that his skin looked OK for an upcoming dance.

A photo shoot with Peter, who was accompanied by a friend called 'Stogie', provided an opportunity for deeper conversation. "I asked them if they were not afraid people would say they are gay. They quite proudly said 'a no b ... man ting, a gangster ting," Patterson said.

Her 'Gangstas, Disciplez & the Boyz' exhibition was put on at the Cag(e) Gallery, Edna Manley College, in 2009.

Still, although she is "always a dancehall fan", Patterson says "some of what is going on now, I am not too keen on. There are a lot of things going on now that I am not keen on".