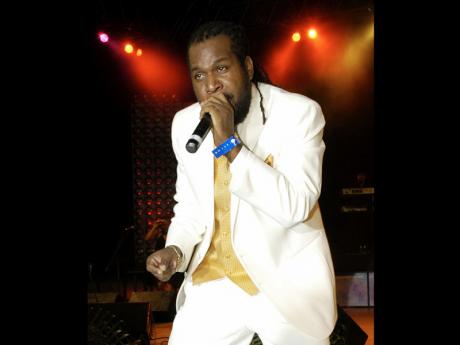 These are good times for the St Thomas-born Face.

His second album, Tell It Like It Is, released in late 2009, was a hit with reggae lovers in Europe and renewed interest in a singer who seemed destined for the big time when he emerged in the 1990s.

The title track, a cover of Aaron Neville's 1960s soul smash and Face's reggae take on Mike and the Mechanics' In The Living Years, did well on ethnic charts in England.

The dreadlocked vocalist admitted surprise with the enthusiastic response.

"To know it didn't come out on a major label but outsold many of the big albums that came out of Jamaica is very gratifying," he said.

Tell It Like It Is is distributed in Europe by Black Arrow, and in Canada and the United States by VP Records.

It was produced by Paul 'Computer Paul' Henton, best known for his work with Jimmy Cliff on I Can See Clearly Now, a massive seller from the Cool Runnings soundtrack.

Face's career had been threatened by two tragic incidents. The first took place in 2002 when he sustained extensive back injuries in a Florida auto accident that took him more than three years to recover from.

Shortly after returning to the music business in 2006, his mentor Phillip Linton of Arrows International Records, was murdered. Five years earlier, Linton had produced I'm In Love, Face's biggest hit.

"He was like a father to me. every decision I made in life, it was Mr Linton. At the time, I seriously thought about leaving the business," he said.

Face (given name Anwar Hanchard) hooked up with Arrows in 2001, after recording for producers like Mikey Bennett, Dean Fraser and Vasco Carney.

The latter produced his debut album, Coming At You.

Last year, Face began working with Henton's Bootcamp Records. The sessions resulted in Tell It Like It Is, a 16-track album that included six covers and 10 originals.

Face says he and Henton banked on the covers to make a statement.

"It's easier to break a cover not only in Jamaica but internationally," he explained.

"When people start looking at you they start listening to your own songs."

The cover route has done wonders for singers since the early days of Jamaica's popular music. Alton Ellis, John Holt and Delroy Wilson all made their names in the 1960s reworking songs by obscure American rhythm and blues groups. Sanchez followed suit in the late 1980s and enjoyed considerable success.

Face says the format will be the same for his follow-up album which is scheduled to be released in early 2011.