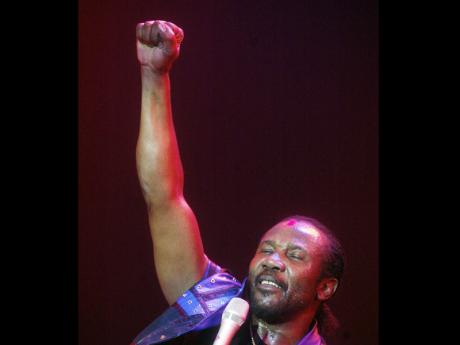 Solomon never made it to the top of the charts, going as high as number three but no further. Ahead of it were The Heptones with Baby Be True and Penny For Your Song by The Federals. "There was a real powerful crop of artistes at the time," Derrick Harriott reflected.

Still, Harriott was confident that Solomon would make it to the top. "I knew I was just waiting for number one. Nothing could stop me. Sure number one," Harriott said.

However, there was a man named Frederick 'Toots' Hibbert who had been imprisoned on marijuana charges. He was released and Harriott says, "Out of the blue I hear this song come out." It was 54-46 and "he just stopped us on the charts. There was so much excitement it freeze every other song on the charts".

"I find it such a nice story, to tell the truth of what happened," Harriott said, laughing. "I did not feel downhearted or anything, even though I never got the number one. Toots was one of my favourite people and the song was so wicked, too," he said.

Solomon has only one verse, which is repeated over and over again. It has proven to be enough. "You have some songs that if you do too much with it, it confuses the people. That was the type of song that they needed to sing the verse over and over again. It had that amusing part in it that they wanted to hear again, 'he didn't know the secrets of a woman'," Harriott said.

Harriott also pointed out that he had done a popular song with even fewer lines. "I had a hit with only one line, 'psychedelic train is coming now'," Harriott said. That was in 1971.

Derrick Harriott told The Sunday Gleaner that he had a run of number one songs in that period, among them The Loser (later reworked as Winner by Freddie McGreggor), Do I Worry, and Walk The Streets at Night.

For Walk The Streets at Night, Lynn Tait was not at the studio when it was first recorded. Harriott did the song, but says, "I thought something was missing. I went back and did it, and from he hit the first strum, that was it."

Solomon is included on the album Derrick Harriott's 14 Chartbuster Hits, along with the chart-toppers.