Ready or not, ships acoming! 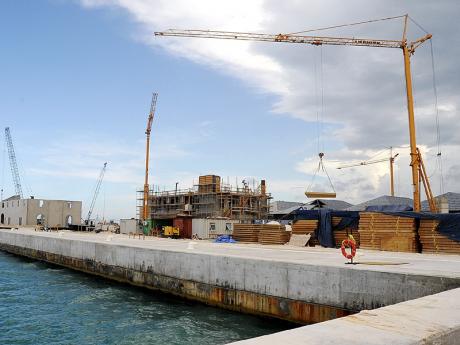 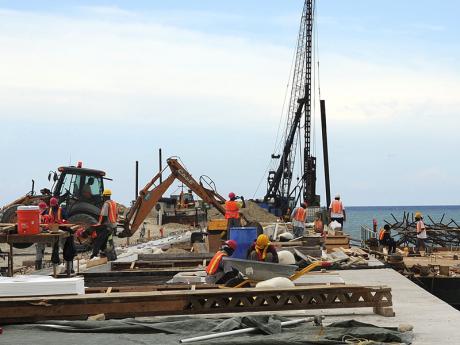 Cruise ships will begin docking at the newly expanded Falmouth port in Trelawny before the construction work is completed and earlier than Project Manager Jes Olsen of E Pihl & Son expected.

Olsen told The Sunday Gleaner that the first two ships to use the historic port will be arriving on November 2.

At that time, "it will be a construction site", Olsen said.

He said the visitors who will arrive on those cruise ships "will be driving away in buses to Ocho Rios and Montego Bay".

The cruise-ships arrivals will intensify after January 1, 2011 which is the revised completion date.

However, Olsen said: "The big ship is expected to come on March 13 and our goal is to be completed for then."

That 'big ship' is the Oasis of the Sea, the world's largest cruise ship, which can carry more than 8,000 passengers and crew.

He says the chances of completing the port by then "look pretty good".

"Everybody has had a hard time, but things should be better."

Olsen would not say how much of a dent the overrun will put in the budget, but he noted that the longer the work takes, the more costly the project becomes.

According to Olsen, the delaying factors include soft soil at a spot where all the utilities are to be run, as well as coral which has had to be removed.

"It is a lot of work to do in a little time. Maybe the original schedule was a little too optimistic," Olsen said.

However, Noel Hylton, chairman of the Port Authority of Jamaica (PAJ), told The Sunday Gleaner that he had visited the historic Falmouth port last Thursday and was satisfied with the progress.

In explaining the decision to allow some ships to dock at the port before the work is done, Hylton said during negotiations some cruise lines had asked if they could dock there in November.

"We could not let the business go," Hylton argued.

"When they arrive, the port will not be finished and they are aware of that also," added Hylton.

He estimates that the new Falmouth 'bend down' market should be finished by the end of January.

"When we finish, we will hand it over to the parish council and they will make all the arrangements," he said. "We will not be managing that market. That is not in our portfolio," Hylton said.

Similarly, the PAJ is not in charge of making Water Square into a pedestrian-friendly area. Hylton said that the Urban Development Company (UDC) is leading that committee, which includes some PAJ staff members.

Contact was made with the UDC's public relations department, but a reply to an email query was not received before press time.

"The most important work is to have the pier finished," Hylton said, noting that it's all but done.

Hylton said that up to Friday, the ambitious Falmouth project was "right within budget". Looking ahead to March, he said, when completed, the project will come in within the budget.

"I can only tell you that because I was there yesterday (Thursday)," Hylton said.

He paints a glowing picture of the completed port. "We feel it will be the best cruise-ship terminal in the region, including the United States," Hylton said.

"The port was really built for the Oasis of the Sea which we are expecting in March. That is the dead, deadline," Hylton said.

In November 2008, The Gleaner reported that the expansion and refurbishing of the port would cost US$224 million.

Jamaica's contribution to the project was slashed by US$38 million to US$122 million due to the global financial meltdown.

The PAJ is responsible for the port infrastructure, while Royal Caribbean Cruise Lines Limited committed US$102 million to the land structures, such as the shops and restaurants.

At that time, the project had been slated for a May 2010 deadline.

In April 2009, The Sunday Gleaner reported that the PAJ was wrapping up financing for the project after it had stalled due to money woes.