Kings of the sprint 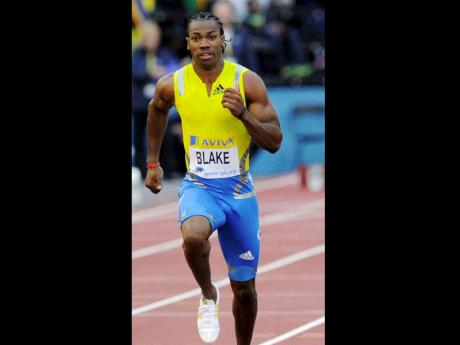 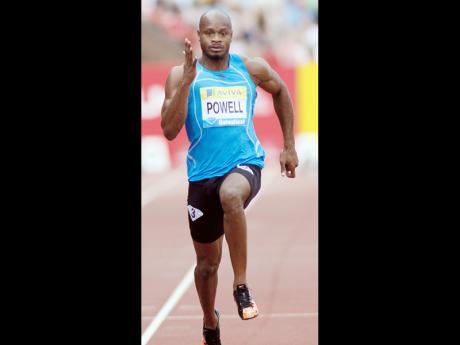 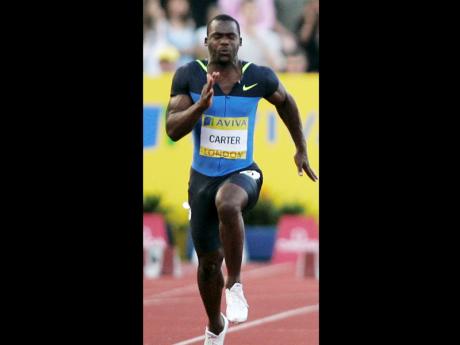 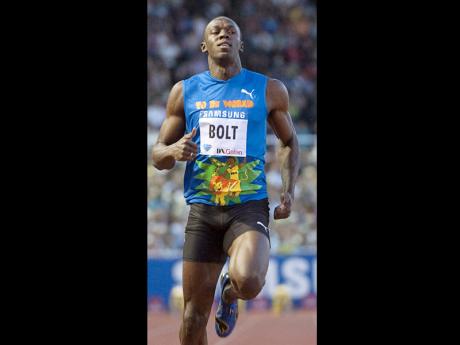 When Yohan Blake stormed to a second-place finish in the men's 100-metre finals at the Aviva Grand Prix Diamond League meet on Friday, August 13, he helped create a new piece of history in Jamaican track and field.

Blake finished behind the American Tyson Gay, who ran a world-leading 9.78 seconds. Gay's time was impressive in that it was run in wet and cool conditions not ideal for fast sprinting plus he was running into a mild -0.4 metre per second headwind. Blake's performance, however, may have had far greater implications in the world of track.

Less than a week before - on Sunday, August 8 - Nesta Carter ran a personal best of 9.86 seconds to win the 100 metre sprint in Lucerne, Switzerland, becoming only the third Jamaican to break the 9.90s barrier. Only world-record holder Usain Bolt and former world-record holder Asafa Powell have breached that barrier. So when Blake stormed to his 9.89s run, he became the fourth Jamaican to dip below the 9.90-second barrier this year. It was the first time in history that four men from the same country ran below the 9.90-second barrier in the same year.

The Americans have come close a couple of times, producing three men who have run faster than 9.90 seconds in the same year but, for all their depth and size of population, never produced four.

Ever since Jim Hines set the world record of 9.95 seconds in the Olympic Games men's 100-metre sprint finals in
Mexico City in 1968, just over 70 men have become members of this special group. However, since that time only 20 have breached the barrier of 9.90 seconds. After Ben Johnson's times of 9.83s in Zurich in 1987 and 9.79s in Seoul at the Olympic Games in 1988 were erased, Carl Lewis became the first man to legally run faster than 9.90 when he set a world record of 9.86 in June 1991. Leroy Burrell broke that record three years later and six more Americans have gone faster than 9.90s over the 100 metres - Maurice Greene, Shawn Crawford, Tyson Gay, Walter Dix, Darvis Patton and Travis Padgett. There are also four Jamaicans - Bolt, Powell, Blake and Carter. Two Canadians - Donovan Bailey (who is Jamaican by birth) and Bruny Surin as well as two Trinidadians, Richard Thomp-son and Ato Boldon. Great Britain's Linford Christie, who is also Jamaican by birth; Namibia's Frankie Fredericks, Nigeria's Olusuji Fasuba, Barbados' Obadele Thompson and Portugal's Francis Obikwelu are the other sprinters who are members of this elite club.

Given the aforementioned names and the respective countries which they represented, only the United States would have had the manpower to accomplish the feat of four men running faster than 9.90 in one year. However, for all their dominance of the sprints in the history of track and field, the most the Americans have ever managed is three. The first time it occurred was in 2004 with Gatlin, Greene and Crawford and then in 2008 when Gay (9.77), Padgett (9.89) and Patton (9.89) became the Americans who dipped below the barrier.

It can be argued that Jamaica has finally broken the decades-old stranglehold the Americans have had on the sprints and this new milestone of four men running faster than 9.90s in the same season is further proof that the Jamaicans are now the kings of the sprints. While, Maurice Greene became the first man to legally run below 9.80 seconds, Asafa Powell became the first man to do so more than once in the same season but that was before the emergence of Usain Bolt in 2008. Bolt's first time below 10 seconds was an astonishing 9.76 seconds in early May that year. Less than two weeks later, Bolt broke Powell's world record of 9.74 when he scorched the track to record a time of 9.72s on Randall's Island, New York.

In August that year, the lanky Jamaican would become the first man to go below the 9.70s barrier when he set yet another world record in Beijing, China, running an incredible 9.69 seconds even while easing up 20 metres from the tape in the Olympic men's 100 metre finals.

In 2009, Tyson Gay also recorded a time of 9.69 seconds and with Bolt are the only two men to do so. However, that was after Bolt broke new ground in August that year when he won the 100-metre finals at the World Championships in Berlin in 9.58 seconds, becoming the first man to break the 9.60-second barrier. He remains alone in that accomplishment.