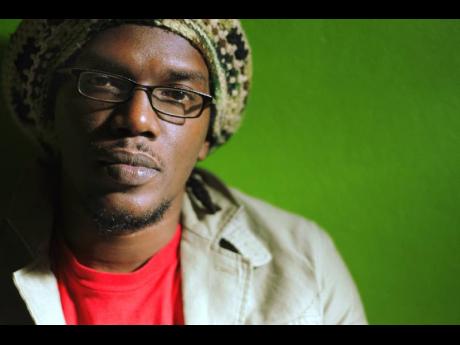 Although he is based in Jamaica, musician Sawandi Simon is helping the plight of Brazilian indigenous people through music.

Simon said he was contacted by a member of Indigenous Resistance Records, which is located in Brazil, to work on the song, Galdino Pataxo Warrior, that is dedicated to the indigenous people there. He explained that this group uses music to raise awareness of the struggles faced by indigenous people in Brazil.

He said the decision to do the song was sparked by the death of a young indigenous activist, Galdino, who was burnt to death while he slept waiting for a bus to get back home. Galdino had missed his bus after a meeting in the city.

"While he was asleep, some boys set him on fire as a joke. It shows how some people view them as sub-humans. And, what they got (as punishment) was a slap on the wrist," Simon told The Sunday Gleaner.

Simon said the indigenous people had been going through many struggles since the Europeans colonised the country. He also noted that they were often treated harshly by the rest of the population.

According to Simon, the song was done before in Brazil but he did a remixed version of it. He explained that he was given a CD with some indigenous chants and a speech in Portuguese condemning the incident.

"I put some music around the speech. And I had a testimony from someone who was at the trial, telling his experience, and that was added to the track," he said.

Later, he said, Janine 'Jah9' Cunningham added her vocals to the song, singing lyrics written by someone from Indigenous Resistance Records and some of her own. Blackush from Uprising Band also added drums. And, further mixing was done by Dexter 'Fatta' Pottinger at Anchor Studios.

Simon said he believed the song would help the cause and he felt honoured to have worked on the project.

"It's basically a thing that we did to raise awareness for the whole cause. The thing about this song that was so special to me is that everybody that worked on it added something special to it," Simon told The Sunday Gleaner, noting that the song was currently on iTunes.

"It was really an honour for them to just approach me out of the blue. It was really a special and amazing experience, and it came together very organically. It wasn't forced. We realise that it's a universal struggle, the whole thing of not being seen as equals."

"They initially planned to do it electronically, but then they decided to use live drums. The live instruments really helped me to connect to it more. Just the theme made it easy for the words to flow," she told The Sunday Gleaner.

She said working on the project had an even bigger impact on her because it was done during the state of emergency when many Jamaicans were facing their own struggles.