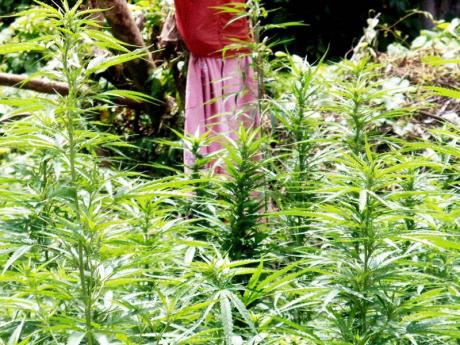 NEW DEVELOPMENTS in the production of legal drugs from marijuana in Britain has put the spotlight on the potential of ganja as a source of legitimate earnings here.

In a recent article in The Economist, it was disclosed that victims of multiple sclerosis (MS) since June 21 this year can legally purchase a marijuana-based medicine known as Sativex in Britain to alleviate the excruciating pain and spasms associated with their condition.

Jamaica, which has an enduring cultural and law-enforcement association with the herb, had set the pace globally in terms of research and development of legal drugs from ganja since the 1970s through the groundbreaking efforts of Professor Manley West and Dr Albert Lockhart at the University of the West Indies (UWI).

Back then, Professor West and Dr Lockhart isolated a compound in cannabis which they discovered could be used in the treatment of glaucoma, a broad term which encompasses disorders of the eye in which pressure within the eye is elevated, resulting in damage to the organ causing pain, visual disturbances, and even blindness.

The upshot of their collaboration was the development of canasol, which contains an alpha agonist, which helps to relieve the pressure in the eye without the side effects of other therapies.

According to health sources, an estimated three per cent of Jamaica's population suffers from glaucoma, while in the United States, glaucoma is the leading cause of preventable blindness, affecting more than two million Americans, which points to the vast market potential of such drugs.

According to The Economist article: "Sufferers from multiple sclerosis and other painful illnesses have long smoked marijuana to alleviate the discomforts of their condition ... . Doctors, who had previously advised their patients to buy the drug from shady types on street corners, will now be able to write them a private prescription costing about £11 a day.

"Free supplies courtesy of the National Health Service await a formal finding that the medicine is cost-effective."

The article further notes that some 100,000 people in Britain have MS, with muscle cramps and spasms preventing about a third of them from "performing simple tasks such as unscrewing a lid, getting dressed or climbing out of a car".

However, it notes that doctors will only be able to prescribe the new drug "to MS patients with cramps and spasms for whom other treatments have failed.

"And there is to be no funky smoking of the stuff; patients will spray the fluid under their tongues about eight times a day," notes The Economist.

"There are attempts to head off a black market, too: the drug lacks the mind-bending effects of the plant from which it is derived, if it is correctly administered as a medicine.

"It is unusual in that it contains compounds extracted directly from cannabis, rather than artificially manufactured copies of the chemicals.

"To develop and bring the drug to market has taken more than a decade.

"GW Pharmaceuticals, the firm that did the work, was founded in 1998 and granted a licence by the Home Office to grow marijuana at an undisclosed location. It began running clinical trials on Sativex in Britain a year later.

"Elsewhere, the process has been faster. Canada approved Sativex for relieving pain (but not spasms) in MS patients, albeit under strict conditions, in 2005.

"Two years later, people with advanced cancer were also allowed to take it. Clinical trials are under way now in Spain, where GW hopes Sativex will be approved for use later this year.

"In America, the Food and Drug Administration gave its blessing in 2005 to clinical trials involving cancer patients, and these, too, are due to conclude this year.

"While scientists in Britain have been struggling to demonstrate the merit of drugs derived from marijuana, others have agitated for legalisation of the plant itself, and to treat a broader range of ailments than MS.

"A House of Lords investigation in 1998 broadly hailed the medical potential of cannabis, as well as of compounds obtained from it.

"California has allowed its use in some circumstances since 1996 and, since then, 13 American states and the District of Columbia have followed suit.

"Despite the long-delayed promise of approval for Sativex, a willingness among police and prosecutors to avoid pursuing sick people has blunted calls to legalise old-fashioned, herbal marijuana.

"The drug's final approval may kill the campaign altogether," observes The Economist.

Meanwhile, back in Jamaica, the fight to eradicate ganja continues to consume significant resources of the security forces and the wider legal system, with hundreds of prosecutions annually for trading in and using the herb.

Professor West's work has not gone unnoticed, however, and in 1987 he received the nation's third highest national award, the Order of Merit, along with Dr Lockhart, for their work on developing canasol.

The two researchers have demonstrated a keen interest in developing therapeutic agents from natural sources, including local plants, and to that end, they have created two other drugs, asmasol and canavert, which are used to treat asthma and motion sickness respectively.