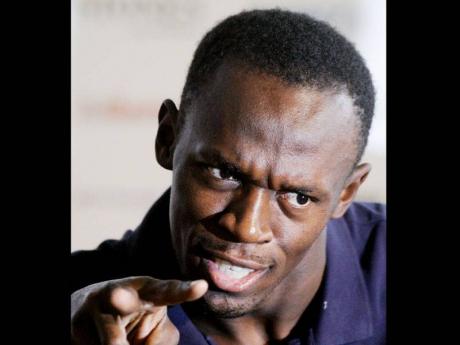 Ever wondered how the world's fastest man spends his birthday? He sleeps. Yes, believe it or not, Jamaica's double world-record sprinting mega-star, Usain Bolt, spent most of his 24th birthday celebrations rather low-keyed, especially when you consider his sturdy reputation as a bit of a party-goer.

Last Saturday was the big day for the big man and despite many a special moment in his young life, that day held special significance to the track deity, who was celebrating his birthday in Jamaica for the first time in seven years.

Bolt, has enjoyed some rather eye-catching birthdays; with his world-record run in the 200m at the Beijing Olympics in 2008 coming just a few hours before his 22nd birthday. A year later and to the date, Bolt lowered his own world mark in the same event, this time at the Berlin World Championships, where he ran 19.19 seconds to eclipse the previous record of 19.30.

However, 2010 will always remain a special year for the endearing sprinter, simply because it was spent with the one who truly matters, himself. His last Jamaican birthday was so distant that he does not even remember what he did back then.

"I can't even remember, it has been too long. From I became a professional athlete seven years ago, it will be the first time I am going to be in Jamaica for my birthday," Bolt said, memorising the last birthday he spent in Jamaica.

He did, however, remember that birthdays were not exactly the biggest of deals to him during his early years growing up in the Trelawny district of Sherwood Content.

Back then, before the international attention and global appeal, Bolt would have been contented with a plate of his favourite meals, prepared, of course, by his mother Jennifer.

"Growing up in the country, birthday celebration wasn't a great fuss for me. Mom made me my favourite breakfast. We would eat our favourite foods, which included rice and peas and chicken and some pork and I would also hang out with friends. This was just a day when you just didn't have to do anything," he shared.

When contacted a couple of days before his birthday, Bolt promised that he will be spending a lot of quiet time with those closest to him and seemed to have forgotten that proclamation on Friday night when he spent the eve partying inside the Friction nightclub.

However, true to word, Bolt spent most of Saturday in peace and quiet with a bunch of family members and friends. He also passed through a media event that was being staged by one of his sponsors, Digicel, later that evening.

"All I know is I am just happy to be in Jamaica for the first time in a long time," said Bolt. "Growing up the way I did and living the life I have for the last seven years have made birthdays special. But there is always an element of not celebrating it in Jamaica. This year, I have that opportunity and I plan to enjoy."

In terms of his biggest birthday wish, the speedster just cannot keep his mind off the track.

"Defending my Olympic and World championship titles (is my biggest birthday wish). Any guarantee that those are secured would make me even happier. But I know all those possibilities are in my hands," said Bolt, with a laugh.