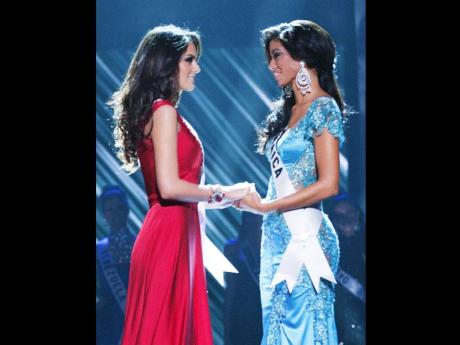 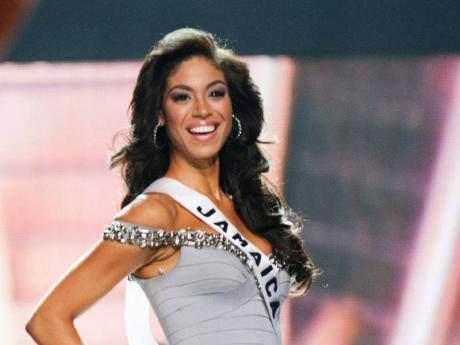 Yendi Phillipps, Miss Jamaica 2010, introduces herself in fashion by Sherri Hill at the opening of the presentation show for the 2010 Miss Universe Pageant in Las Vegas, Nevada, on Thursday, August 19.
1
2

In 2007, her family and a few close friends surprised her in China during the Miss World pageant.

In an interview following that surprise, Yendi Phillipps said she "bawled" because she was so overwhelmed and grateful for the support.

This year, in preparation for the Miss Universe pageant, Phillipps was again joined by her beloved father and close friends. Although her brother, Deon Phillipps, who now resides in New York, was not able to make it to Las Vegas for the pageant, he did his best to throw his full support behind his sister.

"Yendi Amira, you are my queen forever," he posted as his Facebook status following the announcement of the results.

"I am extremely proud of my sister on every level. She is an ambassador for Jamaica and she was herself on the stage. She showed her personality and represented the country well and that's what's important to me," said Deon in a telephone interview with The Gleaner.

Putting Ja on the map

"It goes to show that not only athletes can put Jamaica on the map but also beauty queens.

"I want my sister to become the next Victoria Secret's angel," Deon laughed.

Other family members who shared the same level of fondness and adoration for the queen made their feelings known through Twitter.

Alex Moore-Minott posted a comment on Deon's wall which read: "Yo cuz, your sis mek di family proud already and she don't win yet (which we know she will) Aunty Sonia is looking down smiling from ear to ear. Hail up your dad and tell him congrats."

"Hey Deon, I am just recovering from Yendi's victory. She is Miss Universe. OMG.

"I need to go to the ENT doc to treat my throat from the screaming we did at home last night. Even Greg and Grandma, we excited. Mark was riveted to the screen at the Spartan Gym as everyone watched. What a victory. We need a national holiday," read the post of Jennifer Alexander.