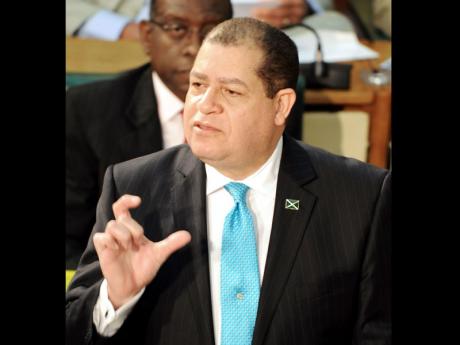 The Ministry of Finance has approved the immediate spending of US$600,000, or approximately J$50 million, to repair computed tomography (CT) machines at the Kingston Public and Cornwall Regional hospitals.

The two hospitals have been without the important machines which are used to do CT scans since early this year.

But following a request from the health ministry, Finance Minister Audley Shaw approved the expenditure which will be accounted for in the supplementary estimates of expenditure to be tabled shortly.

"That is necessary. We must get the CT scans repaired and back into service to provide assistance to people, especially those who cannot afford to go to a private entity," Shaw reported yesterday.

"That is a no-brainer, and the IMF (International Monetary Fund) understands this," Shaw said, in reference to the government's agreement with the fund which outlines clear spending plans for this fiscal year.

Several persons have had to shell out thousands of dollars since the start of the year to do CT scans at private hospitals, while public facilities have absorbed the cost in some cases.

CT scans offer more details than ordinary X-rays as the information from the two-dimensional computer images can be reconstructed to produce three-dimensional images that show what a surgeon would see during an operation.

This allows doctors to inspect the inside of the body without having to operate or perform unpleasant examinations.