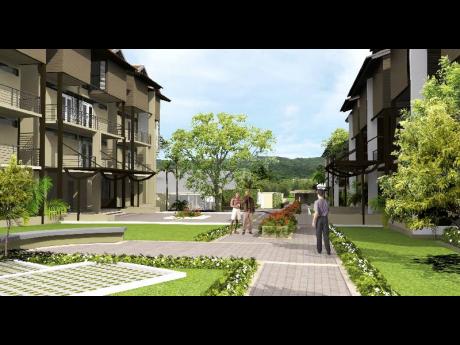 West Indies Home Contractors (WIHCON) will be investing close to J$1 billion on two residential developments in Mona, with an eye on the homebuyer market segment for professionals and entrepreneurs.

The developer last executed a project in that area five decades ago. Mona Heights, a middle to upper middle-income neighbourhood, was its first project.

Judith Bruce, WIHCON's administrative manager, told the Financial Gleaner that the two developments, comprising 57 apartment units and 10 town houses, would be done side by side on four acres of property close to Mona Road, which leads to the University of the West Indies.

The town-house complex will be called Sunflower Manor, and the apartments, The Aqueduct.

Bruce said the developments were awaiting final approval from the Real Estate Board, which also confirmed that applications were now before them for approval.

"It is a very desirable location that will produce nice products," said Bruce, noting that the Mona area was still attractive to buyers, especially professionals and entrepreneurs.

Construction of the units will last 12-14 months. The start date is dependent on approval from the Real Estate Board.

WIHCON requires an initial 15 per cent downpayment by investors, plus 10 per cent more 60 days after.

Sunflower and Aqueduct will be gated communities.

The Mona Heights development was the first development for Matalon family-owned WIHCON, which is now one of the largest developers of communities across the Caribbean.

Since then, it has done 38,000 units across Jamaica, including Portmore and Old Harbour in St Catherine; and Harbour View, Duhaney Park and Hughenden Park in Kingston.