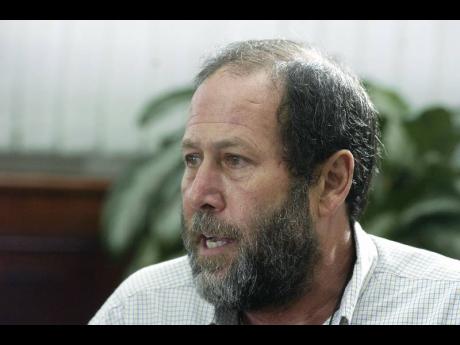 The Church, which for many years was the foundation of education in Jamaica, is looking to get back into the building of schools, this time in partnership with the Government.

This is in keeping with the mandate of the education ministry's National Education Trust (NET) to promote private-public sector partnership investment in infrastructure building and development.

CEO Paul Matalon told a Gleaner Editors' Forum at the newspaper's North Street, central Kingston, offices that the Church would not be involved in running schools this time around, but would instead invest in their construction.

"Our initial contact with the Church to get it back into education has been huge in the last 90 days. Tremendous effort has been put there from the ministry standpoint and we have been on a one-on-one with the Church and the response has been tremendous," he said.

"Land in Kingston, St Andrew, Morant Bay, Montego Bay and other such areas is very difficult to get, and the Church owns a lot of this land, which we feel will be made available through these partnerships."

Matalon explained that the private-public-sector partnership (PPP), though up and running, was still in its infancy and a number of legal wrinkles still need to be addressed, including the International Money Fund's restriction on any increased debt unless there is saving within the debt ceiling.

"It is now being approached to try to exempt education from that requirement because, in effect, you're going to pay back this money over a 30 to 35-year period.

"So even though you're taking on this debt upfront, it's really an amortised payment that is going to come back out of this PPP programme; so that is being examined now and hopefully, before the end of the year, we are hoping to have some way forward as to be able to utilise that model," Matalon told the forum.

He said the NET, which is scheduled to hold its first board meeting on Friday, was born out of the education minister's desire to extract infrastructure and development works out of the ministry into a private-sector company owned by Government.

"Today, the churches are still large landowners in Jamaica, in very opportune locations, that can help to do this development."

Matalon estimates there is a dearth of about 100 schools - across different tiers - a deficit the PPP could address in 15 years if it got good support.

"Its main seed function will be a start-up of new schools and two are to be built - one in Mandeville, the other in Cedar Grove in St Catherine, under an IDB (Inter-American Development Bank) programme that had been negotiated from last year and is now being enforced.

"The NET will now develop its other sources of funding, exploring different financial institutions - domestically and internationally, as well as to access the diaspora, which has had tremendous goodwill to education in Jamaica over the years."