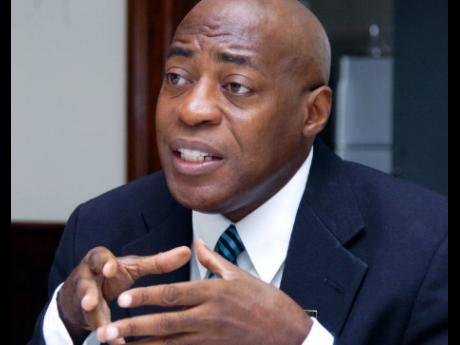 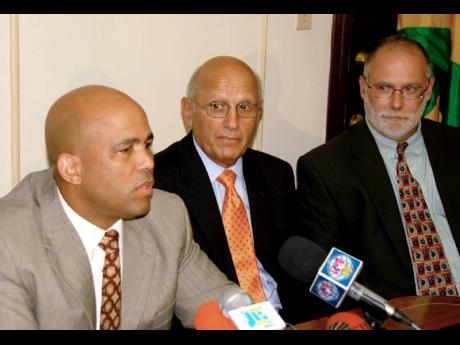 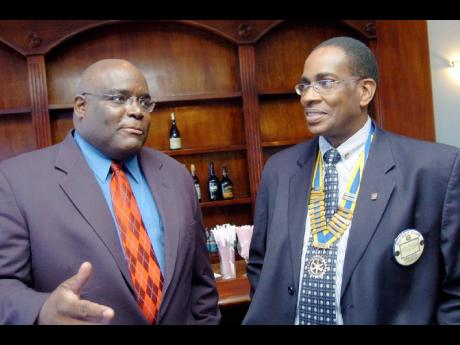 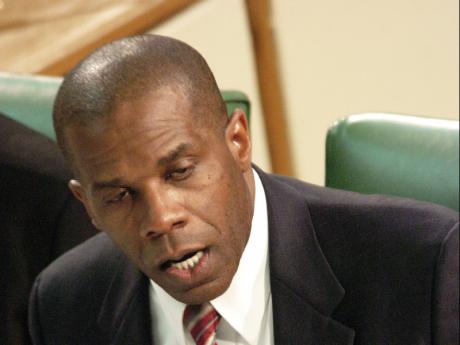 An economic relationship between Stephen Wedderburn - the technical director for the Government's effort to develop a liquefied natural gas (LNG) facility in Jamaica - and the Belgian firm designated the preferred bidder on the project will likely be a major focus of Contractor General Greg Christie's ongoing probe of the scheme, a series of emails and letters on the project obtained by The Gleaner suggest.

Wedderburn's relationship with Ian Moore, the former chairman of the Petroleum Corporation of Jamaica (PCJ) whose involvement in a consortium headed by the Belgian firm, Exmar Corporation, triggered Christie's investigation, will also likely fall under scrutiny.

Wedderburn, who has not returned phone calls from The Gleaner, could not be contacted for comment.

But in a September 6 email last year, to then PCJ managing director Ruth Potopsingh, querying a delay in renewing his contract, Wedderburn confirmed his participation in a project in Colombia in which Exmar was also involved, but denied a specific relationship with the Belgian firm. He, however, undertook not to participate in the evaluation of any bid by that company.

Said Wedderburn: "In terms of a connection with Exmar, please note that on numerous occasions I have explained to officials at the ministry of energy and mining, including the former permanent secretary (Marcia Forbes), that I have been involved in a project to develop floating LNG liquefaction in Colombia. Exmar is also involved in this project, but I do not have any commercial relationship with Exmar."

"Given this background, it has already been decided that I would not be involved in the evaluation of any LNG FSRU proposals for Jamaica."

Wedderburn accused persons he did not name, of "creating a red herring out of this matter" and complained about being assigned work without pay.

Wedderburn did not provide details of the Colombia project, or say what work he did on it, or the level of his potential compensation.

Wedderburn, a former official of the now defunct National Investment Bank of Jamaica, has worked on LNG efforts to shift a substantial segment of the nation's energy requirement from oil to natural gas.

He joined the PCJ in 2004 as group technical director and a year later was assigned to the Cabinet office to work on the LNG project with Anthony Hylton, who former Prime Minister P.J. Patterson had named to spearhead the project.

He returned to the PCJ when Portia Simpson Miller, who succeeded Patterson, reverted the LNG scheme to the central government and the PCJ, under the direction of then energy minister Phillip Paulwell.

When Simpson Miller's administration lost office in September 2007, Wedderburn continued to work on the project. The project, however, had slowed down under new energy minister Clive Mullings, who had a greater partiality to coal than LNG.

It was during that period that Wedderburn worked with Ian Moore, who had been appointed by the new administration as chairman of the PCJ.

Moore was a strong advocate of LNG and, insiders suggest, it was this difference with the minister that was partially responsible for his firing by Mullings in November 2008.

Soon after Moore's departure from the PCJ, Wedderburn followed and joined the Colombia liquefaction project, sometime in 2009. He, however, returned to the PCJ on a consultancy basis when Mullings was himself fired by Prime Minister Bruce Golding and replaced by James Robertson.

Robertson was clearly keen on Wedderburn rejoining his team, as was firmly stated in an August 2009 letter by his then permanent secretary, Forbes, to the PCJ's Potopsingh.

Declaring the Government's decision to give natural gas priority in "its fuel diversification plan", Forbes said: "We wish to confirm that Mr Stephen Wedderburn is to be employed by the PCJ as project coordinator."

It is not clear whether Wedderburn stuck to the undertaking of not participating in the evaluation of the proposals on a project for which, despite the Government's engagement of foreign consultants to help, he was the key domestic technocrat.

It is, however, known that Wedderburn formulated the arguments against Jamaica acceding to the request of two major potential bidders, Korea Gas Corporation (Kogas) and Samsung C&T Corporation (Samsung), for more time to file proposals. This effectively left Exmar consortium - which includes a firm, Caribbean LNG Jamaica Ltd, in which Moore is apparently a major shareholder - the sole bidder on the LNG project.

When the PCJ, the vehicle used by the Jamaican Government for its energy projects, put out its request for proposals on the LNG project, it set a close date of February 15. But by early January Kogas, Samsung and Gloat LNG of Oslo, Norway, were signaling they could not make that date.

On February 4, the two South Korean firms, Kogas and Samsung followed up their informal communications with a letter to Wedderburn and then PCJ chairman Kathryn Phipps, formally requesting an extension to April 30. They argued that the proposed time frame to complete the proposal for such a complex project was too tight.

"... We need further time ... in order to meet the RFP's requirements properly and provide a far better proposal for your esteemed company ... Otherwise, we will inevitably not be in the position to proceed further and to stop here without participating in the tender," stated the letter signed by Hyeok Lee, Kogas' senior manager, and Samsung's deputy general manager, Se-Ik Oh.

But days earlier, in response to the firms' initial intimation they needed the extra time, Wedderburn, in an email to Hillary Alexander, who by then had replaced Marcia Forbes as the permanent secretary in the energy ministry, was expressing his opposition to the extension. That email was copied to Phipps and other members of the PCJ board.

Wedderburn argued that the original bidding of "slightly in excess of 90 days" was "the standard period for bid exercises of this type".

In any event, he said, two firms had said they would deliver their bids on time.

"This extension request, coming from a group that has not previously developed an FSRU project, suggests that inexperience may be the underlying cause for the request," he said.

He also claimed that a delay would risk the collapse of the project because of the likely jitteriness of potential natural gas customers. Moreover, he said, Jamaica's reputation in the LNG industry was "pretty tattered" because of its failure over the years to bring its announced project on stream. A further delay would brand Jamaica as "flirts" in the LNG market.

Alexander agreed. In a response the same day to Wedderburn and copied to the PCJ board, she said: "I agree with your analysis. In my considered opinion, and given the policy directives and the extension already given (in December 2009), further extensions should not be contemplated."

Later, when it seemed that the PCJ board might still have been keen to grant the extension, Alexander stamped her authority on the matter in another email to Wedderburn. She insisted it was both a procurement and policy matter, demanding that the PCJ directors "act within the guidelines and policy framework" of the Government".

In the end, PCJ received two tenders, one from the Norwegian firm Hoegh LNG, and the other from the Exmar consortium. Hoegh's bid, however, did not cover the gas pipeline of the request for proposal.

But questions have since been raised over whether the Exmar consortium, which includes the Colombian pipeline company Promegas and CLNG, had inside information. Indeed, it was out of such accusations that the Office of the Contractor General launched its investigation into the bidding process.

CLNG Jamaica, for which Jamaica company records list Moore as a director but not a shareholder, is, according to these documents, 80 per cent owned by Caribbean LNG, a company registered in the British Virgin Islands (BVI).

Both Moore and another CLNG Jamaica director are believed to major shareholders in the BVI-based firm. In June, Moore wrote to a trust services company in that British territory giving permission for the Jamaican contractor general to peruse its records.

Caribbean LNG Jamaica was incorporated in Kingston in June last year, seven months after he demitted office as chairman of PCJ, but the contractor general suggested that this did not rule out "a potential conflict of interest, taking into consideration Mr Ian Moore's former position as board chairman of the PCJ and his now documented position as a director of the local company, Caribbean LNG Jamaica Ltd".

Additionally, the OCG's investigation would seek to determine whether Moore's prior involvement in the consideration by the PCJ of the LNG project would have given the companies, with which he is now involved, an advantage in the procurement process, which was "initiated in earnest in April 2007 and which overlapped his tenure as PCJ board chairman".

Critics of the way in which the project has evolved, also have other concerns, including the seeming shifting role to be played by Caribbean LNG in the arrangement.

For instance, outlining Exmar consortium structure describes Caribbean LNG Jamaica as being formed for the "sole purpose of providing development guidance to the consortium partners for the LNG infrastructure RFP and potential implementation and execution".

But a memorandum of understanding (MOU) between Caribbean LNG and the other consortium partners, as well as documents delivered to banks for possible financing said it intended "to take part in natural gas and LNG marketing in relation to the project", which was to be covered by a separate MOU.