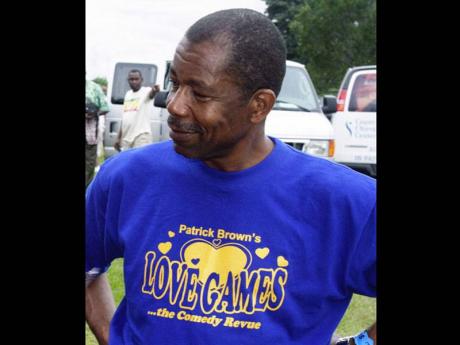 For most of his career, theatre director Trevor Nairne has enjoyed the seclusion of backstage. Come next month, he will be in the spotlight for a change when he accepts the Order of Distinction for his contribution to the arts.

Nairne, who is in his early 60s, has directed some of the most successful plays of the past 20 years. Those include Ecstasy, Intermission, Friends, The Last Stand, Oliver and Pinnochio and Breadfruit Kingdom.

For admirers like playwright Basil Dawkins, national recognition for Nairne is overdue.

"Trevor is a director's director. He understands how to get personalities to walk away from themselves and absorb their characters," Dawkins said.

Last week, Nairne spoke of his gratitude at receiving Jamaica's fifth highest civic honour, but said it comes at a time when local theatre standards have fallen considerably.

"Apart from the stalwarts, a lot of the writing does not meet international standard," he told The Gleaner. "There is a great demand for plays, but the infrastructure of theatres is abominable," Nairne added. "I can tell you that for actors performing in some rural theatres is extremely painful."

Another area of concern for Nairne is the general youth of actors. He says it poses a challenge for writers.

"The pool of actors is limited to young people, but there are many roles for older characters," he explained. "Oliver (Samuels) still holds his own, but playwrights are forced to bypass older roles because there is not a lot of people to play them."

There was no such disparity when Nairne entered the fray as an actor nearly 40 years ago, straight out of Stratford High School. He remembers learning from people who were part of Jamaican theatre's golden age, including Norman Rae, Bobby Ghisays, Lloyd Reckord and Trevor Rhone.

He did the rounds at the Cultural Training Centre, the Jamaica School of Drama and with Rhone at the Barn Theatre, before getting his break as a director with Friends.

It was his first collaboration with a young writer named Patrick Brown.

That partnership evolved into the Jambiz International Limited company which has produced numerous hit plays such as Oliver and Pinnochio and Breadfruit Kingdom.

The Jambiz productions are largely comedies featuring Samuels and Glen Campbell. Their slapstick content is worlds apart from the dramas Nairne did in the 1990s with David Heron, another emerging writer.

Heron looked at provocative issues such as a sexually-harassed male in Against His Will. After nearly a decade of raunchy roots plays, Nairne said Heron was a throwback to the days of serious dialogue.

"His material was relevant, he was fresh and he created some variety," Nairne explained. "It gave me the chance to work with an exciting, new writer."

The OD is Trevor Nairne's latest honour, having won several Actor Boy Awards and (Jamaica's version of Broadway's Tony Awards). He has helped produce major events such as 'Jamaica 25 Great Moments' and the 'World Youth Festival of Arts'.

Nairne has also worked in film. He was one of the consultants for the 1995 dancehall film, Klash, which starred Giancarlo Esposito and Jasmine Guy.