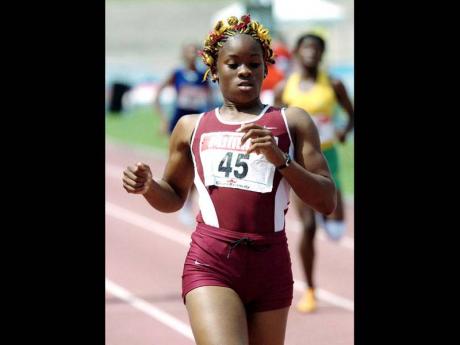 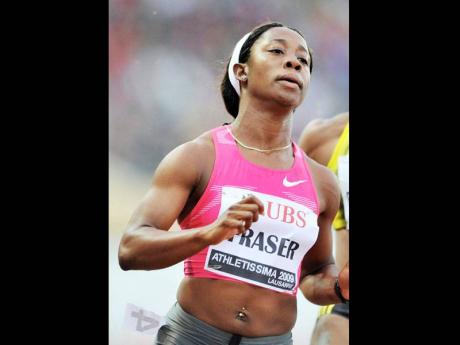 Meanwhile, the hearing for Olympic and World 100m champion Shelly-Ann Fraser, for the presence of a prohibited substance, was reconvened on Tuesday following its suspension and referral to the International Association of Athletics Federations (IAAF) doping review board.

It appears certain that the reigning Olympic and World 100m champion will walk away with minimal punishment after the IAAF doping review board agreed with the JAAA tribunal that special circumstances around the case call for the reduction of the two-year sanction that might have been handed down to the athlete.

Fraser returned a positive test for the non-performance enhancing drug oxycodone at the Shanghai Diamond League meet on May 23.

However, Wilkins, who according to doping officials was found to have an 'adverse analytical finding' in relation to samples collected at the World Indoor Championships in Doha, Qatar, in March of this year, will now be barred from competing at all competitions until April 9, 2012.

The former Holmwood Technical athlete was deemed to have taken the selective androgen receptor modulator (SARM) andranine, which is listed by the World Anti-Doping Agency as an anabolic agent.

It should also be noted that the JAAA's hearing panel, which was chaired by Dr Marion Bullock-Ducasse and also features Dr Guyan Arscott, Dr Carl Bruce and Mrs Alveta Knight, ruled that there were no exceptional and/or special circumstances surrounding the usage of the substance and that the violation has occurred as stated in the IAAF's rule 32.2 (a).

Wilkins will be able to appeal the decision to the Court of Arbitration for Sports, but it is not clear if she will be doing so.

The 22-year-old's former coach at Holmwood Technical, Maurice Wilson, is saddened by the events, but believes that she will return a "wiser" individual and stronger athlete.

"It's an unfortunate situation and I'm sure that this experience will make her wiser. She is still fairly young and I think she has the ability to rebound and even do better in terms of her performances," said Wilson.