Bolt to launch own drink in Australia on Tuesday 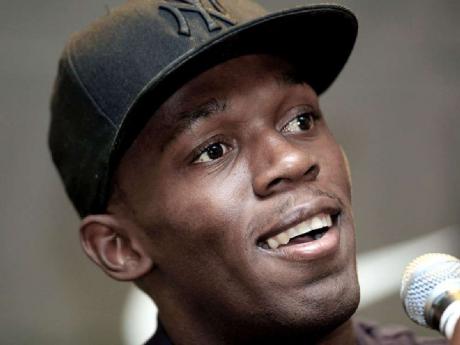 Usain Bolt is set to arrive in Australia on Tuesday to launch his very own sports drink: Gatorade Bolt Lemon Ice.

The beverage is the latest addition to the Gatorade line of sports drinks and has been available in Australia since mid-August.

Inspired by the charismatic world's fastest man, Gatorade Bolt Lemon Ice contains a six-per cent carbohydrate blend that helps speed fluid back into the body and fuel working muscles. The drink is the same formula as other Gatorade drinks and delivers the same benefits, the only difference being the new flavour, Lemon Ice.

"I'm happy that Gatorade is bringing me to Australia for my first visit Down Under," said Bolt, who just recently returned home from the United Kingdom where he spent the last couple of weeks promoting his book - Usain Bolt My Story: 9.58 Being the World's Fastest Man.

"I've been using Gatorade sports drinks since 2008 and I am really honoured that they have now named their latest product after me," Bolt said.

Initial sales of the drink in Australia have been strong but, at present, Gatorade says they have no plans to release the drink elsewhere.

While in Australia, Bolt will be working with the fastest men in football, helping them compete at their full potential, as well as giving them tips on hydration. He will also be donating to them bottles of Gatorade Bolt Lemon Ice.