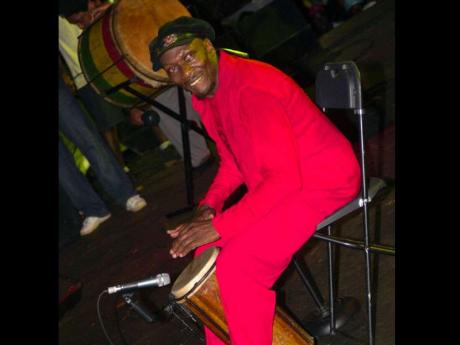 IT has been an eventful year for Jimmy Cliff. In February, the singer became only the second reggae act (the first being Bob Marley) inducted in the Rock and Roll Hall of Fame, which was followed by the release of his latest album, Existence.

Now, Trojan Records has announced it will soon release Harder Road To Travel, a two-CD retrospective of the singer's work from 1960 to 1972, when he made the transition from child star to superstar.

The set contains several songs Cliff recorded while living in London during the mid-1960s, paving the way for his emergence as a bona fide artiste early in the next decade.

Disc one, titled King Of Kings, contains ska songs like Hurricane Hatty which was produced by Leslie Kong, the Chinese-Jamaican businessman who recorded Judge Not, the first song done by a singer from St Ann named Bob Marley.

There are also collaborations with singers Millie Small and Wilfred 'Jackie' Edwards, two of the first Jamaicans to make a mark in Britain.

Cliff appears with Small on Hey Boy, Hey Girl while Set Me Free is the title of the song he did with Edwards.

The second disc, titled Wonderful World, Beautiful People, hears songs that helped make Cliff one of reggae's first superstars. These include the 1969 title track which was a top-20 hit in Britain, and the protest song, Vietnam, both produced by Kong who was in the middle of a golden run with Toots and The Maytals.

Wonderful World, Beautiful People was one of the songs that would make it on the soundtrack to The Harder They Come, the 1972 movie that starred Cliff.

The poignant Many Rivers To Cross and Sitting in Limbo, as well as You Can Get It If You Really Want and The Harder They Come, also made the cut.

Some critics argue that Cliff's post-The Harder They Come work lacks substance, but during the 1980s he achieved remarkable acclaim and commercial success. Bruce Springsteen covered his song Trapped while he worked with Rhythm and Blues group Kool and The Gang on his 1985 album, Cliff Hanger.

Cliff Hanger sold gold (sales of over 500,000 units) and won a Grammy Award for Best Reggae Album in 1986. In 1993, Cliff's cover of American singer Johnny Nash's I Can See Clearly Now from the Cool Runnings soundtrack, entered the Billboard Magazine Top 20 pop chart.

Harder Road To Travel is the latest project in Trojan's massive reissue series. Previous releases include similar sets by Small and Desmond Dekker.