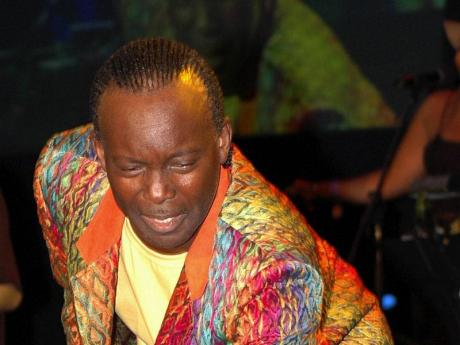 Arrow, the trailblazing artiste who gave the soca beat an international profile, died yesterday at his home in Montserrat. The singer, whose real name was Alphonsus Cassell, was 59 years old.

The Caribbean 360 website reported that Arrow died two days after returning from Antigua, where he was treated for pneumonia. He was diagnosed with cerebral cancer last year and had received treatment for that disease in the United States.

Arrow was famous for his high-energy performances and incorporating different sounds, such as rock and Latin, with soca, an uptempo version of calypso he helped introduce in the late 1970s.

In 1983, Arrow hit the big time with the song Hot, Hot, Hot which may be the biggest selling soca tune ever. It peaked at 59 on the British pop charts that year, but gained even greater traction later in the decade when it was covered by singer David 'Buster Poindexter' Johansen, former lead singer of punk group, The New York Dolls.

Hot, Hot, Hot became an international party favourite and was used as the theme song for the 1986 World Cup in Mexico. It was also covered by the Latin boy group, Menudo. Other big Arrow hits included Long Time and Groove Master, which made charts in Britain and the United States (US).

Significantly, Arrow set the pace for Caribbean acts like The Bahai Men of The Bahamas, who struck gold in the US in 2000 with the anthem Who Let The Dogs Out, and Kevin Lyttle of St Vincent and the Grenadines whose song Turn Me On was a major hit in the US and Europe in 2004.

While most soca artistes were ignored by major American labels, Arrow was signed to Chrysalis and the Island Records subsidiary, Mango, during the 1980s and early 1990s. He recorded three albums for Mango including the eclectic Knock Dem Dead.

For all his fame, Arrow never left Montserrat, his homeland, even when it was in danger of being destroyed by the Soufriére Volcano. He operated a men's clothing boutique there and was involved in several charities.

In 2007, Arrow was one of the performers at the opening ceremony for Cricket World Cup in Trelawny. The next year, he was recipient of the Caribbean Award for outstanding contribu-tion to the development of soca and calypso from the Antigua Jaycees.