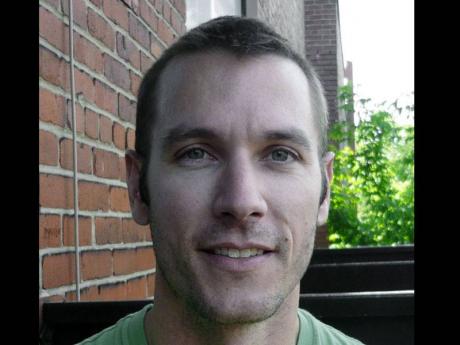 A major part of reggae's international breakthorugh was the soundtrack to the 1972 film The Harder They Come, which included the title song by Jimmy Cliff (who also starred the film), Rivers of Babylon (The Melodians) and 007 (Shanty Town) by Desmond Dekker.

The accompanying soundtrack has been a feature of several Jamaican movies since, including Countryman, Rockers and Dancehall Queen.

However, Joshua Chamberlin has ventured into new territory in the collusion of art and Jamaican music with accompanying albums to two issues of the Dread & Alive comicbook. Created by Nicholas DaSilva and featuring a dreadlocked Jamaican hero, the February 6, 2010, first issue was sold out, as was the second issue in June. The third issue came out on Wednesday.

Chamberlin spearheaded Nicholas Da Silva's Dread & Alive: The Lost Tapes, an accompanying multi-performer soundtrack which was widely available on digital platforms on Tuesday and done with Zooolook Records. He is now working on another compilation for the comic's October issue, and there are plans for a CD in November, which will feature exclusive songs for the comicbook characters.

Chamberlin contacted DaSilva after the second issue as "although based partly in San Francisco, Nick's story line is a Jamaican cultural one, featuring a Jamaican super hero, Jamaican places and Jamaican language. Music is a critical part of the culture and I started thinking about how music could be integrated creatively. When I contacted Nick and we spoke for the first time, I found that he was thinking along the very same lines and had already reached out to a number of reggae artistes in Jamaica, USA (the United States), Latin America and Europe. I was also encouraged to contact Nick because of the quality and uniqueness of the project. I know very little about comic books, but people who do are passionate about Dread & Alive and I believe that's what a comic is supposed to do."

Perfect and reggae artistes from New Zealand and Portugal are slated for the next edition of the product.

It is a business, so Chamberlin says "there are contracts with each of the parties - the distributors, labels, publishers, artistes - and my role is to license the songs and be the project manager. I communicate with everyone at each step along the way. As a 'soundtrack', so to speak, it makes the project unique as well. This first compilation has 14 tracks and 18 artistes, so it's a fair amount of people to work with, but at the same time, it means there is a lot of activity and promotion and excitement".

Putting the soundtrack together took Chamberlin back into the Dread & Alive creative process. He says, "I started by asking Nick to send me the songs he listened to while designing Dread & Alive, just so I could get a sense of his vibe. These included tracks from Sly & Robbie to Peter Tosh to Third World to Shaggy. The predominant theme is roots and culture but the music is also supposed to reflect everyday life, so while we lean toward roots and culture, we also are keen to include songs about love, spirituality, party tracks and even a spoken word track from Mutabaruka on the next compilation."

And it is not exclusively a case of scouring the vaults for the lost tapes, as Chamberlin says "we are also grateful for unsolicited music. The Lost Tapes is a great platform for new artistes or artistes looking to reach new markets".

"Some of the songs I knew ahead of time from working with the artiste or around the artiste, some of the songs Nick brought to the project and some were recommended to us by others. I've found that everything is a team effort, and in order to be able to deliver on a consistent basis, this is one of Dread & Alive's strengths: there is a committed group of people in Jamaica and around the world who are a part of it. The songs are arranged as a way that tells a story as well and a vibe," Chamberlin said.

Chamberlin is part of the Soul of the Lion, which he describes as "focused on developing unique opportunities for music makers of all kinds, including dancers, vocalists, musicians, poets, selectors, deejays".

Soul of the Lion is the curent stage of a long interest and involvement in Jamaican music, and is rooted in a soundtrack. "I first became a fan of reggae when I was three years old. My father had a copy of The Harder They Come LP, which was on replay for years," he said.

At university in the United States, he met the deejay of the reggae radio show on campus and kept it going when he left. Then he met the Green Lion outfit, started by Zeke Stern and Chai, and "I got into the wonderful world of dubs, putting on shows and saving money to travel to interview, record or video tape the artistes. Green Lion has worked with Collie Buddz, Capleton, Niyorah, Toussaint and others. Soul of the Lion emerged from these experiences, as I moved more into the promotion, publicity and marketing side".

Ironically, promotion and publicity is a business that starts to operate ahead of an event or product's presentation to the public. The name The Lost Tapes is related to the compilations starting a few months after the comicbook. Chamberlin says, "I arrived on the scene after the first issues were already out - and sold out too. In terms of the storyline, we wanted a name that reflected the mystical nature of the story, as well as one that might explain why the compilation appeared two issues in. The idea that 'what was lost is now found' helps to connect the music and the story in this way".