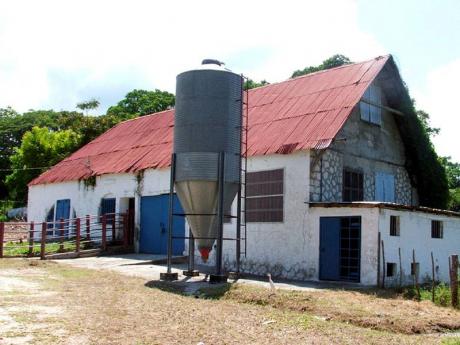 LLANDOVERY is situated on the north coast of St Ann between Priory and Salem.

Llandovery is named off a place in Wales. The area included for some years a sugar estate which was incorporated with the Richmond Sugar Estate and known as 'Richmond-Llandovery'.

This merger with Richmond was done to increase cane yields. This sugar estate, however, closed down in 1970 putting the lid on 300 years of sugar production in the parish, as it was one of the last sugar-producing factories in operation in St Ann.

An effort was made to transform the ruins of the factory into a tourist attraction which never really materialised.

Llandovery also includes The Llandovery Falls, made famous for having been depicted on Jamaica's first one-penny stamp in the series known as 'Pictorial Stamps'.

It was to have commemorated Jamaica's entry into The Imperial Penny Post but, as it was issued on May 1, 1900, it was late for that event.

In all, 5,575,080 copies of this first Jamaica one-penny stamp were printed by Messrs De La Rue of England, and a vast number were used as fiscals on receipts.

The first Llandovery stamp was carmine and the shape rectangular but, as the colour was unpopular, it was reprinted in black and red on September 26, 1901. This stamp not only depicts a beauty spot in St Ann, "the garden Parish of the Island", but also corroborates the story of the Spanish Lovers Leap.

Llandovery is home to two vacation properties known as the Bank Houses as they were originally owned by Barclays Bank DCO to provide recreational facilities for their staff.

These homes were visited intermittently by members of the British Royal family during the 1960's.

When ownership of Barclays Bank passed to National Commercial Bank (NCB), these properties also came under the NCB umbrella. This property was destroyed by Hurricane Gilbert in 1988. Llandovery still has remnants of the original sugar estate including a waterwheel, barracks and barbecue.