No commitment from Jamaica Public Service (JPS) for LNG 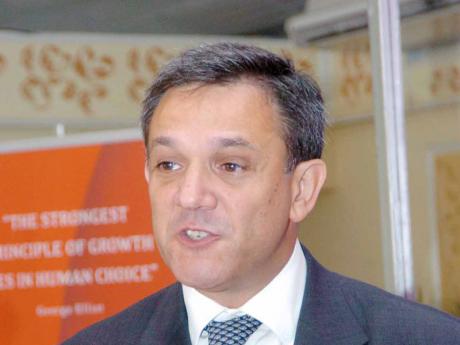 Jamaica Public Service (JPS), the light and power company, has outlined a plan for converting its power plants from oil to gas, on which it says it needs answers before it can clearly commit as a client for natural gas under the administration's proposed liquefied natural gas (LNG) project.

Critically, the JPS, in a presentation to Prime Minister Bruce Golding in mid-July, argues that its scheme, since it would involve working on existing assets, would preclude going to public tender, as is required by the Office of Utilities Regulation for any new power-generating capacity above 15 megawatts.

"We are not in a condition to provide any firm commitment for the consumption of LNG", until the company knows if it would be "allowed to perform our 3Rs generation plan", JPS President and CEO, Damian Obligio said in email correspondence to the LNG project coordinator, Stephen Wedderburn.

The correspondence, seen by Wednesday Business, reminded Wedderburn of Obligio's briefing of Golding, at which, apparently, Wedderburn, who works out of the Petroleum Corporation of Jamaica, was not present.

Wedderburn did not return calls to his office for comment and JPS in emailed responses, side-stepped specific questions about its conditions for committing to LNG.

"While fuel diversification is an important element of a sound energy policy for Jamaica, the development of the LNG project has not reached the stage where there is sufficient specificity for JPS to provide substantive comments at this time," said Winsome Callum, the company's head of corporate communications.

JPS is critical to the government's LNG programme, which is aimed at lessening the country's 90 per cent demand on oil as its energy source.

However, the need for the government to come to a decision on JPS' proposal, including its potential legal implications, will further complicate the ability of the administration's preferred bidder to establish an LNG storage, regasification and distribution facility - a consortium led by Exmar Corporation - to move ahead with the project, including raising the required US$600 million of capital.

The Exmar deal is already mired in disputes over the bidding process, which are being investigated by the Office of the Contractor General.

Under the JPS' 3Rs (replace, refurbish, re-power) plan, the company would, in the middle of next year, install a 90 megawatt interim power-generating unit, while it refurbished two steam turbines generating units at its Old Harbour plant, with a combined capacity of 135 megawatts. Two older generators at the facility would be retired.

At Hunts Bay, three units with a capacity of 192 megawatts would be refurbished and upgraded, eventually to deliver 225 megawatt.

The refurbished/upgraded generators, in addition to the proposed 90mw interim unit, would mean generating capacity at Hunts Bay and Old Harbour of 450 megawatts, 33 megawatt more than currently exists.

JPS said it would be in a position to convert to LNG in early 2014.

Given the circumstances of the refurbishing/upgrading, JPS told the government, the extra 33 megawatt generating capacity could not, in the context of its power-generating licence, be considered new capacity "as JPS is working within its existing capacity and is only producing an incremental 33 megawatt".

JPS believes that using LNG could reduce the cost of electricity in Jamaica, currently at 29 US cents per kilo-watt hour, by between 24 and 30 per cent.

Conrad Kerr, the managing director of CLNG Jamaica, a member of the Exmar consortium, was not replying directly to the JPS issue, but his response made it clear that a resolution of this matter was important for his group to advance the LNG project substantially.

"Without the many critical pieces of the project being finalised, you cannot finalise funding," he said.

He added: "The project has an entire value chain from LNG supply all the way through to contractual commitments among partners, and long-term off-take agreements."