The conspiracy against tolerance 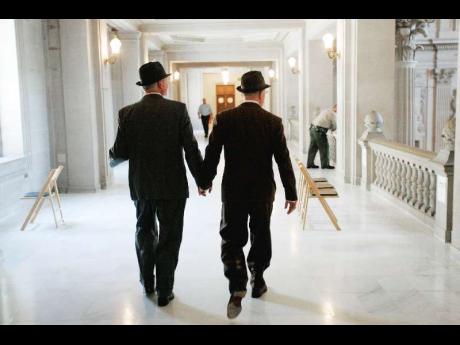 There is a conspiracy against tolerance. Ironically, that conspiracy is often waged in the name of tolerance. Political correctness now threatens free speech. Bigots now masquerade as compassionate liberals inveighing against 'hate speech', 'intolerance' and 'bigotry'.

People now talk about the emotional stress and harm which can be done to individuals if you publicly criticise their beliefs or lifestyle. In Scandinavia, you are not free to attack homosexuality or call it an abomination, as the Bible does. In Germany, you can be arrested for denying the Holocaust. Liberal democratic societies are becoming increasingly illiberal under the guise of progressive enlightenment.

A tolerant society means nothing if we all agree. If we all have the same philosophical and political views, if we all see eye to eye, what need is there for tolerance? Tolerance only becomes necessary when we disagree; when we have a pluralistic society. If, increasingly, we succumb to the notion that unless we accept each other's lifestyle or philosophical or theological positions, we are intolerant, then we're making nonsense of the notion of a liberal democratic society. That narrow-minded Christian idiot who created a storm internationally over his intention to burn the Quran should be harshly criticised for his stupidity and, indeed, gross insensitivity, but his right to burn the Quran should be vigorously defended.

bigots have rights too!

We should not have to fear that Muslims were going to burn our churches, kill innocent women and children and blow up malls just because one Christian fundamentalist fool burnt a Quran.

That is the bigot's right. In a liberal democratic society, people must have the right to be wrong, as long as that wrong does not palpably harm anyone. The problem is, harm is being used so loosely today as to include a wide variety of psychological and emotional harm. It's a slippery slope which portends ill for democratic life.

If people in this 21st century still hold to the view that black people are intellectually inferior to whites, or even that they are sub-human and are not deserving of human rights, then I have no problem in their having the right to publish their views. I am not threatened by their publishing those views. There is no objective harm that is caused to me. There are people who do, indeed, think all kinds of awful and uncomplimentary things about me, and some even write them in this newspaper, but I believe they have a right to their views and that the editor did no wrong in publishing them. Some of those views might, of course, make me uncomfortable and could, indeed, cause me stress. But as long as they are not libellous or slanderous by law, dealing with the emotional stress is not a problem. That's a price we should be willing to pay for freedom - "freedom for the thoughts we hate", as one famous United States Supreme Court justice once put it.

Some Muslim nations tried to get a resolution at the United Nations passed which would prohibit certain kinds of criticisms of religion because of the harm it could do. Fortunately, some people realised the ruse and, even though human rights language was being exploited for the canard, it was opposed. But others are getting away with their intolerance under the mask of protecting certain groups from discrimination, stigmatisation and emotional hurt.

Years ago, the eminent philosopher Karl Popper wrote his monumental The Open Society and Its Enemies volumes. It was an eloquent defence of tolerance, pluralism and fallibilism against their contrarians. But a society which has spurned philosophy is likely to sink deeper and deeper into political correctness and illiberal notions of tolerance.

Recently, I was among some New-Age proponents, representing a variety of views spanning new thought, Eastern mysticism, Hinduism, Shamanism and Buddhism. A group of broad-minded, cosmopolitan people, you would think. I raised the issue of Jesus and his position in orthodox Christianity.

Orthodox Christianity sees Jesus as very God, the unique son of God who came on Earth to die for mankind's sins. No one in that group would ever countenance any of those notions. Indeed, those notions are anathema to New Age,

Old Eastern mysticism view, which sees humans as good and possessing divinity which is only waiting to be brought out. But one of the persons I was speaking to, knowing that I was a Christian outsider, flatly rejected my saying as a matter of fact that she would reject the orthodox notions. She seemed annoyed that I was misrepresenting her and presuming to speak for what she does believe.

I have been fascinated with comparative religions since I was a teenager and have read extensively in the field. It is elementary that those belonging to the Eastern stream of religious consciousness reject that whole Christian notion of man as a sinner in need of an external salvation, and it certainly rejects the view that Jesus Christ was uniquely God in the same way that Augustine, Aquinas, Tertullian and the other church fathers taught.

I was stunned when I went on to mention other clear points of disagreement between orthodox Christianity and Eastern religious thought - such as the view that Christ's brutal death on the cross was planned by God - and to hear her say, in effect, that I was intolerantly pushing my subjective views down her throat.

All because, in her view, it would be impolite for her to talk to me as a Christian and to say to me plainly, clearly, but lovingly, that she respectfully disagrees with these Christian notions. Why do we have to pretend that we are all saying the same things to be considered loving and tolerant? Why is it seen as arrogance for one person to believe that his beliefs are right and mine wrong? Does the rejection of my belief mean that a person is rejecting me? Of course not, but this is how it is being made to seem.

The Harvard and Yale-trained chair of the Religion Department of Boston University, Stephen Prothero, has written a very useful book titled God is Not One: The Eight Rival Religions That Run the World and Why Their Differences Matter. He demolishes the view that all religions are really teaching the same things and shows substantial differences between them. You should get it as part of your religious literacy and weapon in this war of political correctness.

There is what I call this intolerant notion of tolerance, which says, essentially, that any acknowledgement of differences or diversity, any proclamation by me that I hold firmly to these sets of beliefs, that I firmly believe I am right and you are wrong, means that I am intolerant, arrogant and bigoted. Why is it necessarily arrogance to hold beliefs passionately? Is it not possible to passionately believe certain things without hating or despising you for believing the very opposite?

Jamaicans are traditionally known for their intolerance of other people's positions and, indeed, hostility to lifestyles and views which clash with theirs. We are not helped culturally by being influenced by a larger Western culture which is becoming more totalist and intolerant of genuinely diverse and pluralistic society.

The open society has far more enemies today than when Popper wrote decades ago with communism as a major threat to democratic thinking and practise.