Alpha Blondy is back 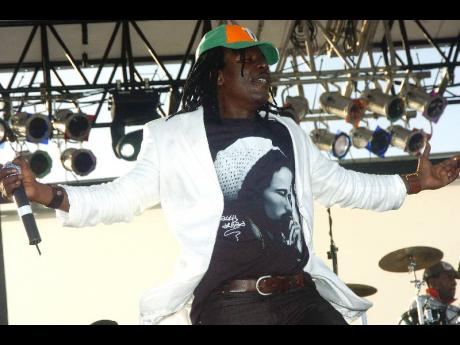 The artiste, known as the Bob Marley of the Ivory Coast, is teaming up with VP Records for the project.

Alpha Blondy is the man who, by blending African perspectives with Jamaican reggae and putting that into a pop-reggae sound, created the template for what is today called world music.

The Ivorian was most prominent in the 1980s and created a succession of hit albums which are classics today.

According to a release from VP, the seven albums represent "Alpha Blondy's best work".

Those seven albums come from a prolific career which, in full, encompasses 17 albums.

The release from VP also said that while the Ivorian's music had been out of the marketplace for several years, it was still in high demand.

"Due to the high demand for these historical records, VP Records will again make them available to fans," the release read.

Cocody Rock, Jerusalem and Apartheid Is Nazism are set for release this month, while Masada and The Prophets are set for a December release.

In January, 2011 Jah Glory and Revolution will be available.

Cocody Rock was first released in 1984 and was the album which launched the eclectic musician's bid for stardom.

The strong hooks of the sing-song title track established Blondy as a multi-lingual pop talent.

On that album, Blondy switches from English, to French, to Hebrew and to his native Dioula. The idea behind switching from one language to the other was to keep with the theme of uniting Islamic, Jewish and Christian people through music.

Apartheid Is Nazism was originally released in 1985 and embraced the notion of 'world music' by addressing world issues.

Using pop music as the platform to deliver social messages to dance floors and radio audiences across the globe, Blondy was credited with paving the way for reggae music in the international marketplace.

The re-releases of the seven albums are a precursor to bigger things though, as Blondy is expected to have a new album combined with a performance tour of the United States in 2011.