Inside the Tivoli Gardens coroner's inquest 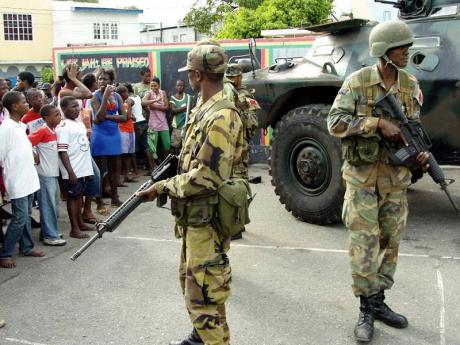 The jury ruled, at the end of a 41-day hearing in the Kingston Coroner's Court, which was held at the Jamaica Conference Centre, downtown Kingston, that Mitchell was murdered and police constable Metro Tulloch (now deceased) should be charged with the murder.

Tulloch was shot and killed in 2009. The jury also returned verdicts that Inspector Linroy Edwards and Constable Neil Gordon should be charged with aiding and abetting murder.

A verdict was also handed down that two Jamaica Defence Force (JDF) soldiers are to be charged with the murder of Oneil Palmer.

The jury ruled that it was justifiable homicide in respect of the deaths of the other three men.

The ruling means that the jury found that the members of the security forces acted in self-defence.

Shortly after the operation on January 13, 2008, the police had reported that members of the security forces entered Tivoli Gardens to apprehend wanted men from the Stone Crusher gang based in Montego Bay.

According to the police, they came under heavy gunfire and at the end of a shoot-out the five men were dead.

A soldier and a policeman were shot and injured during the incident and had to be hospitalised.

The police reported that nine firearms and several rounds of ammunition were seized.

Several civilian witnesses said they saw the security forces enter apartments in Tivoli Gardens but they came out of the building before the men died.

The policeman and soldier who were shot during the incident also deponed. Five of the seized firearms which related to the case were exhibited.

An application was made by the JDF lawyers, Lieutenant Colonel Patrick Cole and Captain Chester Crooks, for the soldiers to be identified by numbers instead of their names and testify behind a screen. Coroner Patrick Murphy granted the application.

One soldier, number seven, said he saw when Tulloch "drape up" Mitchell, pointed a gun at him and shot him.

A reliable source told The Gleaner that the verdict with regard to the fatal shooting of Palmer was inconsistent with the evidence led.

"Aiding and abetting murder is not a verdict that is open to the jury under the Coroners Act," says attorney-at-law Bert Samuels, who represented the Jamaica Con-stabulary Force at the inquest.

Samuels pointed out that Murphy could not issue a warrant of arrest for Edwards and Gordon, and the policeman who is dead could not be charged with murder.

He said under the Coroners Act a jury can only order that someone be charged with murder or manslaughter.

The director of public pro-secutions will have to review the depositions to see if there is sufficient evidence to prosecute the men in regard to the jury's verdict.