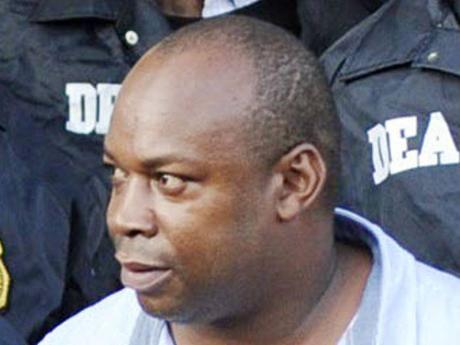 THE GOVERNMENT has yielded to calls for a commission of enquiry into the handling of the extradition request for ousted Tivoli Gardens strongman Christopher 'Dudus' Coke.

Prime Minister Bruce Golding, in a 48-second statement to Parliament yesterday, said "the composition of the commission and the more precise terms of reference will be announced shortly".

Golding said the commissioners, who are to be chosen, would be asked to "enquire into the issues relating to the request by the United States (US) government for the extradition of Mr Christopher Coke, the manner in which the request was dealt with and the engagement by Harold Brady & Company, of the US firm Manatt, Phelps & Phillips".

The Government's decision to hold a commission of enquiry comes months after East Central St Andrew Member of Parliament Dr Peter Phillips revealed the engagement of the law firm to lobby the US Government on the Coke matter, apparently on behalf of the Jamaican Government.

Golding initially dismissed Phillips' claims in Parliament as a search for headlines, but went on the defensive after documentary evidence revealed that Harold Brady, an influential member of the governing Jamaica Labour Party, had contracted Manatt's services to lobby the US on what was described as treaty matters.

PNP to be consulted

Yesterday, Phillips enquired of Golding whether the Opposition People's National Party (PNP) would have an input in the selection of commissioners, pursuant to "what was agreed informally at one of the Vale Royal discussions".

However, Golding said he did not recall any such undertaking, adding that there had been consultations with the Opposition for the setting up of the commission of enquiry which is investigating the collapse of financial institutions in the 1990s.

"It is not my understanding that the appointment of commissions of enquiry has at any time in the past been the subject of any unanimity, particularly where it involves an issue on which the Opposition has taken very strong and strident positions," Golding said.

On Friday, Opposition Leader Portia Simpson Miller made yet another call for Golding to announce a commission of enquiry.

Pointing to the information contained in a libel suit filed by Brady against Golding, as well as a letter in which he said Golding and Cabinet minister Daryl Vaz were materially involved in the engagement of Manatt, Simpson Miller said only an independent enquiry could unearth the truth.

The Golding administration had said it would never rule out a commission of enquiry, even though Vaz said the PNP did not have the moral authority to call for one.

Members of civil society, such as the Church, private sector and non-governmental organisations, have also been calling for a commission of enquiry to determine whether the Government acted properly in dealing with the extradition request for Coke.

The Government had refused to send the request to the court, arguing that the evidence obtained against Coke was illegally obtained.

In May, when Attorney General Dorothy Lightbourne signed the authority to proceed against Coke, nine months after the request was sent by the US, it required a massive security operation to remove him from a heavily fortified Tivoli Gardens. More than 70 people died in that operation, which cost the nation more than $500 million.

Coke, captured a month later, waived his right to an extradition hearing and is now in a US jail preparing his defence against drug- and gunrunning charges. He faces the court in November.