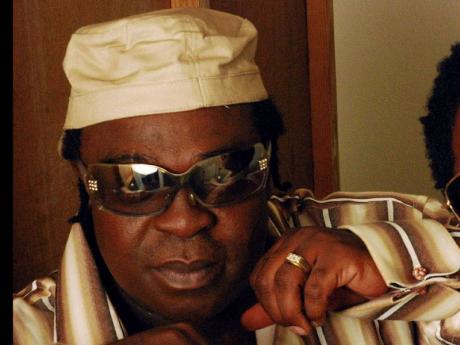 International recording artiste Chaka Demus - one half of the most successful deejay-singer recording duo in reggae history, Chaka Demus and Pliers - is recovering in hospital after a major life-saving surgical operation.

The deejay had gone to the Andrews Memorial Hospital last Tuesday for a routine check-up to prepare for an upcoming European tour. However, the attending physician immediately realised that the deejay was bleeding internally and arranged to have a team of specialists perform emergency surgery.

"I was rushed into surgery, and I looked up and a team of specialists surrounded me and then I was out," said Chaka, whose real name is John Taylor.

He is now recuperating after the gruelling four and a half hour operation that successfully stopped the bleeding. It is not clear when the deejay will be released to recuperate at home, but he is thankful to members of the reggae industry and his fans for lending their support in his time of need.

Last month, Chaka reunited with his long-time friend and musical partner Pliers to record a new single called California One Night Stand on the Free People Entertainment label. He apologised for "scaring" his fans and promised that he would be completing his album once he regains his strength.

Chaka admitted the health scare has strengthened his belief in a higher power.

"I knew there was a God from ever since, but now God ah show me some signs fi take care of myself," he said. "Over the years, I have not taken the best care of myself or done regular check-ups but now I have learnt my lesson, I am going to change my lifestyle."

The duo was the first Jamaican act to have three consecutive top-five hits on the United Kingdom (UK) Singles Chart. The duo's first hit, Tease Me, stayed in the top-five of the UK Singles Chart for three months in 1993, reaching number three in July of that year. They followed that up with the number one hit, Twist and Shout, a cover of the Isley Brothers' single that topped the UK Singles Chart in early 1994. The duo also scored major hits on the UK top 20 charts with She Don't Let Nobody (UK number four), I Wanna Be Your Man (UK number 19), and Gal Wine (UK number 20).

Earlier this year, the duo filed a US$10-million lawsuit against Universal Music for trademark infringement and unpaid royalties.