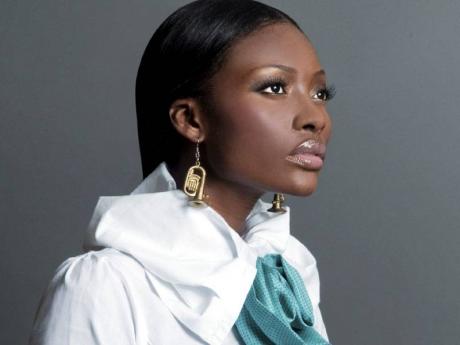 A week after coming home from the South American country of Argentina, where she performed on the Pepsi Music Festival held in the capital, Buenos Aires, on October 16, Jamaican reggae singer, Ieye is still revelling in the one-of-a-kind experience.

"There was just something different in the air. Everything and everybody seemed to be saying 'welcome'. The language proved not to be a barrier as love and music are the universal language and there was plenty of that. As we stepped off the plane and go through the airport, is like a barrage of happiness greeted us," Ieye said of her Argentina debut.

"Because people heard me on the radio, some of them just turned up to take pictures and get autographs and tell me they love me and I am their queen," Ieye said, adding that Argentina is "really a reggae-loving land". During that on-air interview session, she performed Mama's Hand and Johnny. Both songs are from her debut Fevergrass album, due next year on Shang Records.

Another treasured moment for Ieye came at the festival, where she performed for 20 minutes in front of a whopping crowd of about 55,000 people - easily the largest crowd to converge on the venue during the three nights of the Pepsi Music Festival.

"The show," she said, her voice brimming with excitement, "was amazing."

"It was as if a higher power took control and it was a totally different Ieye. I was transformed on the stage," she said. Smiling with satisfaction, she added, "My performance was greatly received and I think I left a lasting impact on Argentina."

There was a third surprise when, along with reggae superstar Alborosie, she attended the launch of Rototom in Argentina. Ieye says that with the audience and the press' reaction "it was like a show. Persons were in line to give us presents and do photographs. Imagine, people line up to give you something".

"I am speechless ... . It was like crazy, crazy fun and overwhelming joy," Ieye said, adding that she wants to go back to Argentina very soon. "I feel like Argentina is officially Ieye's own now," she declared. "On my next visit there, I will definitely be able to 'habla espanol'," Ieye said confidently.