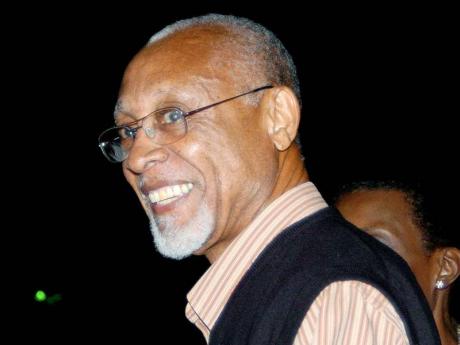 An academic, activist and artist

Professor Emeritus Alston Barrington Chevannes is one of those all too rare individuals who is at home in the lecture hall at the highest level, plays an active role in organisations geared towards effecting meaningful change in the society and can pluck the strings of a guitar and 'sing a tune'.

Chevannes' multi-faceted mind and comfort in the solitude of extensive research, as well as the fray of dissecting pressing issues publicly, is reflected in the multiple roles the scholar has played in Jamaica in recent years, building on a lifetime of work. He currently chairs the Council of the Institute of Jamaica, was a founding member of Fathers Incorporated (which sprang from a 1991 workshop he chaired entitled 'Fathers Only'), delivered the closing keynote address at the inaugural Rastafari Conference at the University of the West Indies, in August this year, and heads up the UWI Township Project which engages August Town.

And in early February 2005, at 'An Evening of Black Magic: Cliff on Campus', Chevannes went acoustic, playing the guitar and singing Black-Up - plus chiding a lukewarm audience in the chapel gardens at the UWI's Mona Campus.

Chevannes has been heavily involved in the Peace Management Initiative (PMI) as vice-chairman, spearheaded the 2005 drive for a Violence-Free Day and chaired the committee examining the use of marijuana in Jamaica and which called for its decriminalisation.

Having written Rastafari: Roots and Ideology' (1994) and edited Rastafari and other African-Caribbean Worldviews' (1995), Chevannes has long established himself as an authoritative voice on the Rastafari movement. And he has easily adapted the scholarly statesman's role. At the August 20 closing ceremony for the inaugural Rastafari Studies Conference, Chevannes reflected very briefly on his long scholarly engagement with Rastafari. He said that while he has listened over the years, it was the first time he was going to put forward ideas of his own.

He presented those ideas to a full house in the context of breaking silence, acknowledging that in his conference opening address on Tuesday evening Sir Roy Augier had "broken the silence of non-Rastafari on that central tenet of the Rastafari, repatriation".

"As the conference developed, you could see it set a tone. So it is not surprising that a tension could be felt from time to time throughout the conference," Chevannes said.

However, he said "it does not mean that this conference is a coming together of binary opposites. There are no opposites at this conference, but there is tension. And in the tone set by Sir Roy, we will not be silent about them".

So Chevannes gave two examples of tension - one Rastafarian presenter's reference to "academic Rasta" and another's implication that the university is "sucking on" to Rastafari to subvert it.

In February, speaking in African Gardens, August Town, at an off-campus session of the International Reggae Conference, Professor Chevannes described the community as the UWI's "seventh hall of residence" and declared "there should be no barrier between a world of knowledge and a world of people hungry for knowledge", this in reference to the wall between the Mona Campus and August Town.

And he has been a tireless advocate of the arts as a basis for societal transformation. In December 2002, speaking at the 106th Musgrave Awards Ceremony at the Institute of Jamaica, Chevannes said: "The way of life of arts, science, and literature is diametrically opposed to a way of life of the gun, be it through creation of a song, dance, painting or an invention that will better our way of life. So we need to turn to the arts, more than ever these days, for a softening among our people, for, God knows, we need more softness of hands and hearts."

This year's winners in their respective categories are:

• Edna Manley College of the Visual and Performing Arts for Arts and Culture;

• Jazz and Blues Festival for Entertainment;

• University of the West Indies' Professor Wayne McLaughlin for Science and Technology;

• The Jamaica Chamber of Commerce and Private Sector Organisation of Jamaica for Business;

• University of Technology for Education;

From this illustrious group, the Man of Year will emerge.

From the hundreds of nominees received, The Gleaner's selection committee has again, this year, chosen the individuals and organisations that have made a difference by positively enhancing Jamaica's quality of life.

Today, we present the final two recipients of this year's prestigious Gleaner Honour Awards. The presentation will take the form of a luncheon ceremony at our North Street office at 12:30 p.m.

This annual event culminates with a gala luncheon on Thursday, November 11, at the Terra Nova All Suite Hotel, where, from this year's recipients, the Man of the Year will be chosen.