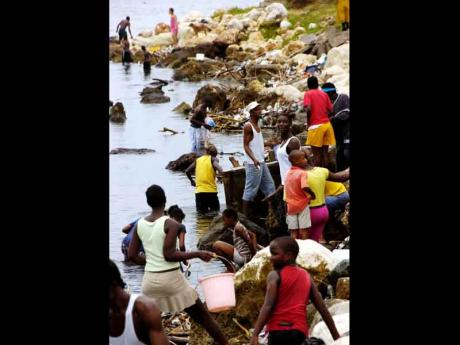 Residents of Rae Town in Kingston yesterday search the beach for fish that washed up on the shore shortly after Tropical Storm Tomas passed over Jamaican waters. - Norman Grindley/Chief Photographer 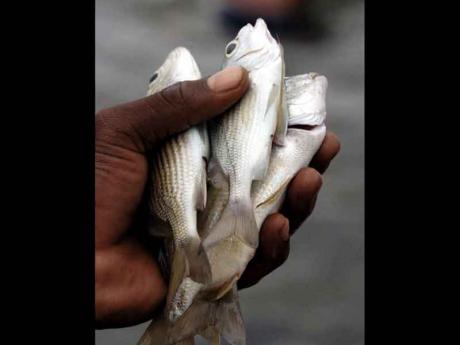 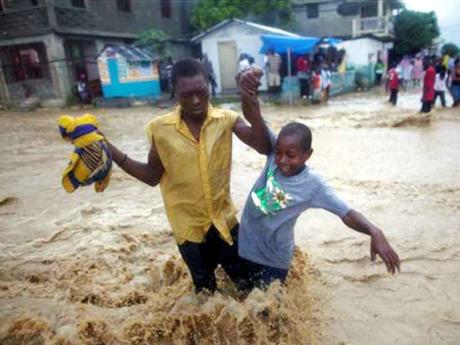 People wade through a flooded street during the passing of Hurricane Tomas in Leogane, Haiti, yesterday. - AP
1
2
3

The Government and the Office of Disaster Preparedness and Emergency Management (ODPEM) yesterday defended the level of preparedness that was been made by ministries, agencies, and individuals in anticipation of Tropical Storm Tomas.

Minister with responsibility for information, Daryl Vaz, said preparation for the storm, which had little impact on Jamaica,was the best he had seen.

Addressing a press conference at the offices of the ODPEM, Vaz rubbished a suggestion that over-preparedness might have been the order of the day, and argued that the reaction was an indication that there was still a level of scepticism pervading the minds of some Jamaicans.

"With all we have been through, anybody who does not see the need for planning is in need of education," the minister said.

Meanwhile, Director General of the ODPEM, Ronald Jackson, had high praise for most Jamaicans, who, he said, demonstrated an unprecedented proactive attitude.

He echoed Vaz' sentiment that it was better to be safe than sorry.

"Overpreparedness is not a consideration in our business," he asserted.

Jackson contended that the attitude of Jamaicans was reflected in the fact that although the wrath of Tomas was not unleashed, 160 persons went to shelters in six parishes.

By yesterday, only two remained open: one in Llandewey, St Thomas, and the other in Annotto Bay in St Mary.

"People are getting the message and are understanding the need to be prepared," Jackson said. "There is just no substitute for overpreparedness."

Vaz said an estimate had not been completed for the exercise. However, he said not much was spent as most of the material secured was still in place.

The minister said he was receptive to a suggestion made by Opposition Leader Portia Simpson Miller in the corridors of Gordon House that it would be more practical to distribute tarpaulins and food to some indigent persons as well as those who live in some areas before the arrival of a weather system rather than afterwards.

"This is a sensible suggestion, and while we may not be able to do it for everyone, the proposal must be examined to determine where it can be applied," Vaz said.