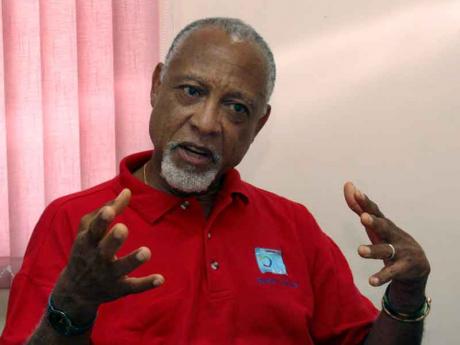 Alton 'Barry' Chevannes, the respected sociologist and anthropologist, died yesterday at the University Hospital of the West Indies. He had been admitted there in early September.

Chevannes, 70, died six weeks after participating in the Rastafari Studies Conference at the University of the West Indies' (UWI) Mona campus. He was one of the five-day symposium's main organisers and delivered its closing address.

Chevannes is the second major Jamaican academic to die this year. Professor Rex Nettleford, vice chancellor emeritus of the UWI, passed away in February.

Born in Kingston, Chevannes studied for the priesthood after leaving St George's College. But by the early 1970s, he began researching Rastafari and went on to write extensively on that religion.

Rastafari: Roots and Ideology and Rastafari and Other African Worldviews were just two of his published projects on the Rasta movement.

Michael Lorne, a senior member of the Rastafarian community in Jamaica, said Chevannes helped dispel misconceptions about the religion.

"He closed the gap between Rastafari and intellectuals, and that was one of his great gifts," said Lorne, who first met Chevannes at a Nyabinghi service over 30 years ago.

"Professor Chevannes portrayed Rasta as a modern-day intellect, and that was a quantum leap for us."

"As a founding member of Fathers Incorporated, a support group that helped to develop and instill positive values in young men, Professor Chevannes has left a void as an outstanding mentor in our society," read a statement from Prime Minister Bruce Golding.

PNP president, Portia Simpson Miller, recalled Chevannes' contribution not only to Jamaica, but to the Caribbean. She lauded his involvement in bringing peace to impoverished communities.

"Barry Chevannes was a member of the Peace Management Initiative (PMI). This symbolised his commitment to peace and social cohesion across our inner-city communities," Simpson Miller said in a statement.

Culture Minister Olivia Grange, who is also a friend of Chevannes', said: "He dedicated himself to the promotion of the integrity of the Jamaican grass-roots people, delving in academic research as well as engagement at the level of communities and organisations."

In addition to his research on Rasta and his work with the PMI, Chevannes served on a government-appointed committee that examined the dangers and benefits of ganja; was chairman of the Jamaican Justice System Reform Task Force; and co-chair of CARICOM's Commission on Youth Development.

The UWI honoured Chevannes in 2006 with the symposium 'African-Caribbean Worldview: the Making of Caribbean Society', which was an overview of his work. It was staged from June 19-21 that year at the Mona campus.

Chevannes joined the UWI staff in 1973 and worked as lecturer, senior lecturer, and a professor of social anthropology. He was appointed dean of the Faculty of Social Sciences in 1994.

Chevannes, who was awarded The Gleaner's Lifetime Achievement Award last week, is survived by his widow Pauletta and two children.