Ramdin in Windies A one-day squad 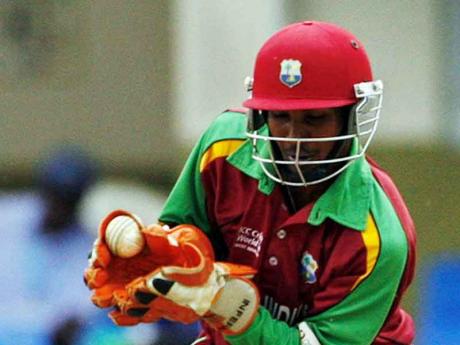 Seasoned Test wicketkeeper Denesh Ramdin has been included included in the West Indies A Team's one-day squad, which will face Pakistan in a three-game Digicel series.

"This is an opportunity for Denesh to regain some confidence and form, even as he helps to develop younger players by imparting knowledge gained while playing for the West Indies senior team," said chairman of the West Indies Cricket Board (WICB) selection committee, Clyde Butts, in a WICB release yesterday.

The release also noted some changes to the 13-man Twenty20 squad that was previously announced.

Noting that there were some players who performed well in the recently concluded WICB regional 50-over tournament, who narrowly missed out on selection, Butts said that the thinking of the selectors in picking the squads was threefold.

"In selecting the team, it was to ensure that players who can go on to play immediately for the West Indies team, in case of injury to any player on the West Indies squad, have cricket under their belt," Butts explained.

"It was also with a view to the development of young players who show potential for the future; and finally, ensuring that players who have done well in regional competitions are exposed to higher-level competition," Butts said.

"There are young players like Holder, Johnson Charles, Jonathan Carter, Devendra Bishoo, Jonathan Foo and Ashley Nurse who have all shown their worth in various formats.

"Then there are the experienced senior men like Bernard, Tonge, Ramdin, Rampaul and Miller who the younger players can learn from during the series," Butts added.

The release also pointed out that admission to all matches is free, as the WICB continues to engage in initiatives to bring fans back to the game.