The don returns with a bang 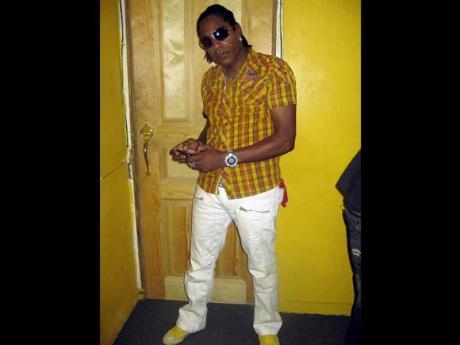 Pinchers did not intend to flood the market with releases in the mid to late 1980s but, as with many other artistes, it happened. He claims "me was the first one do like Kartel now, one hit after the other. Is not like one and two and it marinate".

He was working primarily with King Jammy's, but doing one-off singles with other producers. And when Jammy's released a full-length project, those singles were quickly put out to capitalise on Pinchers' wave of popularity. "Me used to have so much tune on the charts, even Barry G say 'you a use tune kill tune'," Pinchers said.

So Pinchers took a break, returning to the studio in about 1989. But in the ultra-competitive music business, Pinchers says "when me come back now everybody come for me. Return of a Don is a song me use in a competition with me, Sanchez, Conroy Smith and Courtney Melody".

It was at the ultimate battlefield, Sting, Pinchers having recorded Return of a Don for Supreme - organisers of the Boxing Day mega-concert. Return of a Don announces "Here I come, here I am/boom and salute the return of a don".

"That was the song I use deal with the rest. Sanchez was the only one who a gwaan stubborn and me have to dig him out with a lot of dirt," Pinchers said.

The Pinchers/Sanchez pairing, which was also committed to album, has had enduring appeal. "In foreign now you want it ram, is me and Sanchez. People think it going to be a clash, although we not really going to clash," Pinchers said.

"People say Pinchers is a lyrics man and Sanchez have the voice," he said. Pinchers says that Sanchez did a lot of cover songs that were better than the original.

And when he sang "nobody writes original songs anymore" he was not referring to Sanchez. He was speaking to those who did not cover songs as well as Sanchez. "Me a say let us go into our thinking box and do something to big up ourselves, show me that you have story for yourself and be a creator," Pinchers said.