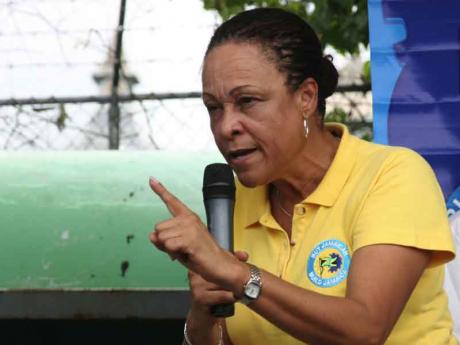 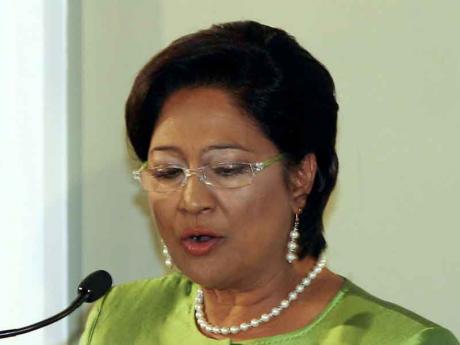 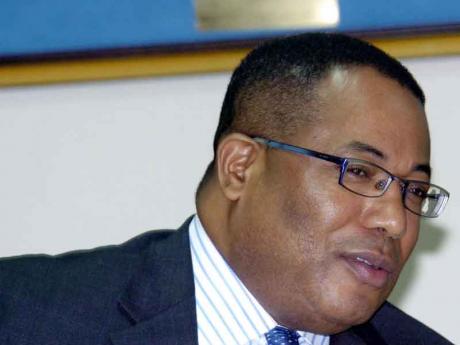 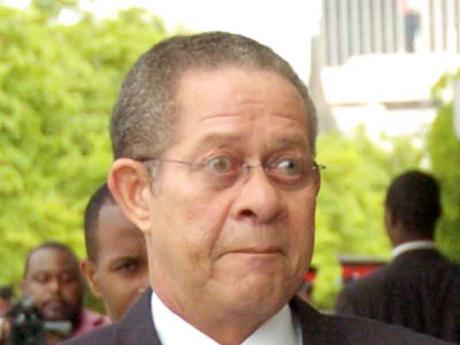 National honouree Doreen Frankson has ripped into the Jamaican Government, as well as the Opposition, for its "spineless and cowardly" response to controversial emergency-aid comments made by the flamboyant and outspoken Kamla Persad-Bissessar, prime minister of oil-rich Trinidad and Tobago (T&T).

At a press conference last week Monday, Persad-Bissessar said that the twin-island nation would have to get something in return for helping Caribbean neighbours affected by Tropical Storm Tomas.

"We will have to look at ways in which we would be able to assist. But you would recall my comments earlier this year when I said there must be some way in which Trinidad and Tobago would also benefit.

"So if it is that we are giving assistance, for example, for housing, then we may be able to use Trinidad and Tobago builders and companies so that whatever money/assistance is given will redound in some measure to the people of Trinidad and Tobago," Persad-Bissessar said during the press conference.

Not long after her comment was aired, a campaign to boycott Trinidad and Tobago products across the region was sent into overdrive.

Local politicians are ostensibly reluctant to be critical of the T&T prime minister's comments. This drew Frankson's wrath. In a stinging letter to the editor, the immediate past president of the Jamaica Manufacturers' Association (JMA) stopped just short of accusing successive Jamaican governments of sacrificing the welfare of its citizens on the altar of CARICOM, which, she said, did not serve its intended purpose, given that only one member seemed to be benefiting: Trinidad and Tobago.

"I am disgusted [and] appalled by the recent comments made by Trinidad Prime Minister Kamla Persad-Bissessar regarding regional aid, as well as the spineless [and] cowardly response by the Jamaican Government and the Opposition," said Frankson, who was conferred in 2006 with the Order of Distinction, Commander Class.

She added: "We have allowed Trinidad's rude, arrogant, and condescending attitude and actions to go unchecked, and I have come to the conclusion that the Government of Jamaica is more committed to the region than to the citizens of Jamaica."

Frankson, who lamented Jamaica's US$526.2 million trade imbalance with T&T in 2009, believes it is high time the Jamaican Government utilise the clout it possesses to teach the twin-island republic a lesson.

"Trinidad has continued to insult successive governments which have failed to retaliate and protect Jamaican citizens from the trade and verbal abuse. This last statement should have left a sour taste in the mouths of many Jamaicans, and as the representative of the people, the Government needs to utilise its power and stop tiptoeing around the issue by leveraging our strength of consumerism to put a stop to Trinidad's distasteful behaviour," she said.

Despite the indignation her conditional-aid comment caused across the Caribbean, the embattled T&T PM defended her remarks by drawing a parallel with the aid delivered to Iraq by the United States after it invaded that country. She pointed out that United States-based companies benefited, via contracts, from the funds donated to Iraq.

Persad-Bissessar also said that her remarks outlining the grounds on which T&T was prepared to offer humanitarian aid to neighbouring island nations affected by Tropical Storm Tomas had been taken out of context. Downplaying the rage across the region, the T&T prime minister said what she outlined was in keeping with international practice.

After her comments hit the airwaves and newspapers, many Caribbean nationals used social-networking sites such as Facebook and Twitter, as well as BlackBerry broadcast messages to encourage the regional rejection of Trinidad and Tobago products as a consequence of the prime minister's utterances.

The day after the region was set ablaze by Persad-Bissessar's controversial comments, Dr Ken Baugh, minister of foreign affairs and foreign trade, advised against a rush to boycott goods produced in Trinidad and Tobago in reaction to her touchy statements.

Baugh refused to comment on Persad-Bissessar's remarks, saying that Prime Minister Bruce Golding would make a statement. However, on Thursday, at a press conference at Jamaica House, Golding also refused to comment. Confronted by journalists, the prime minister said he was withholding his views because he "was not sure of the context, or what was intended".

On the issue of the boycott, Jamaica's Opposition Spokesman on Foreign Affairs, Anthony Hylton, said while persons were within their rights to boycott whatever they wanted, the People's National Party would not be in support of such a move. He pointed out, however, that the attachment of conditions to humanitarian aid was not within the norm, and did not bode well for CARICOM unity and cooperation.

T&T's Opposition Leader Dr Keith Rowley was not so kind, however. He accused Persad-Bissessar of "bringing shame" to the nation and "costing it its valuable leadership role in CARICOM, which is so vital to our own economic existence".

The closest Frankson came to supporting the call to boycott products from the oil-rich Caribbean nation was when she stated: "Jamaican consumers have helped to build the manufacturing sector of Trinidad, and we are borrowing money to sustain the importation of goods from Trinidad when similar products are made in Jamaica. Jamaicans need to buy Jamaican to build Jamaica."

In the sternly worded missive, Frankson also noted that "for years", she had "listened to accounts of challenges faced by businesses in accessing Trinidad's market because of non-tariff-related issues such as labelling and testing".

She recalled that in 2007, as president of the JMA, she came out strongly against the reneging of the twin-island republic's government on the LNG deal with Jamaica. She said after voicing her concerns, there was little or no support from the Jamaican Government.