Spared for now: All calm after the near storm 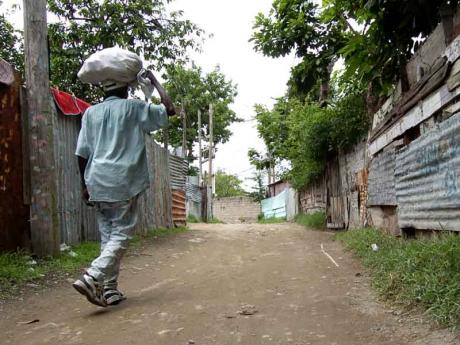 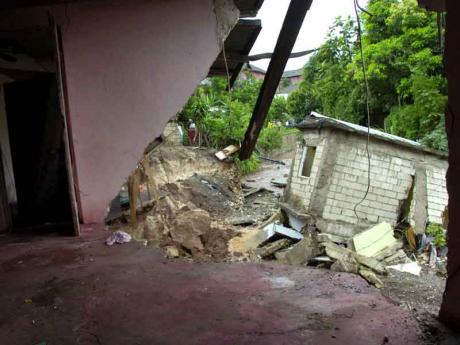 This house washed away in the Sandy Park gully in Liguanea, St Andrew, during the Tropical Storm Nicole floods. The community is still trying to pick up the pieces from the disaster. - Norman Grindley/Chief Photographer
1
2

Two communities, less than five minutes drive apart in light traffic but polarised politically, were calm the morning after Tropical Storm Tomas, the tempest that, for all practical effect, never was.

The frontage of Mona Commons, which shows a definite lack of curb appeal in its clustered shops and business places across from the University Hospital of the West Indies (UHWI) main gate, was waking up and getting ready for action at a few minutes before 8 a.m.

Like many inner-city communities, Mona Commons inserts itself between definitely more upscale areas. On one side, closer to Papine, St Thomas Aquinas is at one end of the community; on the other end it edges up to the back wall of Golding Circle. In between, Mona Commons is all inner-city business, the Mona Commons Basic School, fenced and paved, a rare sign of a structured community.

There is a crocus bag crammed with rubbish under the 'No Dumping, Violators Will Be Prosecuted' sign, and the 'Silence' sign almost directly across from the hospital gate stands forlorn and futile among a cluster of wooden shops. A live dancehall recording is blaring, even at this hour of the morning, and although the streets are relatively empty in the immediate post-Tomas period there are signs that shops are on the verge of opening.

There is a restaurant, a dressmaking shop and a nail and hair care set-up, which advertises 'We specialise in hair, nails, locks, etc'. But it is the shops which show signs of activity, ready to serve an assured market.

In Sandy Park, a concrete sign announces the 'Sandy Park Youth Club', complete with computer centre and Internet Café. The distinction between the community on the side of the road and that over the 'gully side' is marked; the former has definite boundaries around the houses, while the latter is clustered and cluttered, although the structures are substantial and sturdy looking.

On one street, though, the two sides of the community have something in common - erosion. The more upscale side of the road ends in debris, a railing dipping dramatically into the gap, while on the other is a tumble of boulders. Unlike in Nicole, though, there is no frantic digging and wails for the dead. Tomas had been kind and a disaster-prone, politically loyal community is spared - for now.