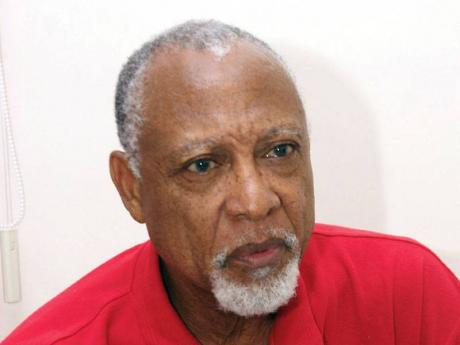 Saturday night's wake for thelate Barry Chevannes, university professor and social activist, epitomised much of what the soft-toned but firm academic stood for. Mere months before, Chevannes had helped to organise the wake of cultural icon, Rex Nettleford.

Chevannes' own celebration, which was done the traditional Jamaican way, was just as friends said 'Barry' would have wanted it: revival churches from St Thomas and August Town, goat-head soup, and plenty of white rum.

The Learning to be a Man and a Rastafari: Roots and Ideology author's wake was planned by the Institute of Jamaica (IOJ), an organisation he headed for 13 years. During that tenure, Chevannes has been praised for his contribution to the popularisation of the institute.

"He was integral to bringing the Musgrave Awards to the people, he held parts of the award on East Street, opened up the institute to the community," remarked Bernard Jankee, director of the African Caribbean Institute of Jamaica, an organ of the IOJ.

"He told Jamaicans that the institute was a place for them."

Long-time friend Lambert Brown, with whom Chevannes spent many years as a member of the Workers' Party of Jamaica (WPJ), lavished in memories of the late professor.

Brown said the bond the two shared went beyond the WPJ, which they both quit over differences with its president in 1988.

"He was the MC at my wedding. We travelled from Jamaica to the Soviet Union together. I can never forget him."

Anthony Perry, president of the West Indies Group of Teachers, reflected on Chevannes' role in inspiring his peers.

"He was really important in getting us to participate in projects in the Craig Town area. I helped out with English classes for some of the young men we thought were struggling ... . If it wasn't for Barry, the project probably wouldn't have gotten off. He was really passionate about transforming lives."

Chevannes' funeral will take place at the University Chapel in Mona today at 10 a.m. He lost a battle with pancreatitis on November 5. He was 70.