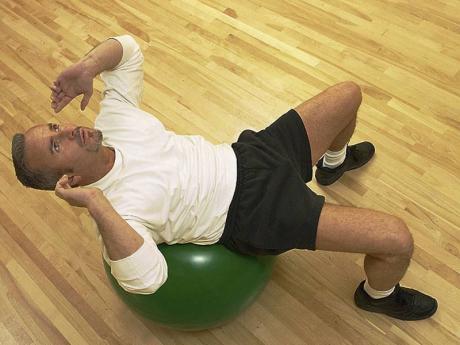 Each November, we are bombarded with the 'facts' about the growing diabetes epidemic. Experts spread the bad news: half a million Jamaican citizens are now diabetic and many may not even know. That is true. However, at the same time, these experts mislead the public with the terrible lie that there is no cure for diabetes. I call this the diabetes deception.

More than 95 per cent of diabetics have the epidemic Type 2 form of the disease - and it is curable. It is unlikely that your doctor will tell you that. In fact, if you even mention the word 'cure' in relation to diabetes, your physician is likely to become upset and irrational. The diabetologists insist once you are a diabetic you will always be a diabetic. This is not true. What they should say is that they have no medical cure for diabetes.

The original rare type 1 diabetes is an auto-immune disease in which the pancreas is damaged by the body's immune system resulting in insufficient insulin production. It should really be called insulin-deficiency disease.

The modern, common Type 2 diabetes is a totally different disorder. It was characterised by sufficient, often excessive, blood-insulin levels. The problem is that the insulin is ineffective at lowering blood sugar. It was named Type 2 diabetes to distinguish it from the earlier Type I diabetes, caused by insufficient insulin production by the pancreas.

By understanding and treating the underlying cause of this other disease, the condition can be corrected and cured. It is no secret, Type 2 diabetes is a lifestyle-related disorder and it could be prevented and reversed by lifestyle changes.

Although the high blood sugar account for many of the problems that diabetics face, that is not the core issue. Unfortunately, conventional medicine focuses its attention primarily on controlling the symptoms - high blood sugar.

The first step to curing diabetes is to stop believing the disease is incurable. Abandon the limiting belief that you are stuck with this disease. Thoughts are powerful things. A persistent thought becomes a belief. Your belief becomes your reality, your truth. The Bible puts it this way: "As a man thinketh in his heart, so is he."

I suggest that you share with your health-care provider your plan and seek his/her support and assistance as each individual is unique and benefits from personalised support.

This is a critical and essential strategy in which food literally becomes a powerful anti-diabetes tool. This diet is composed of low-glycemic foods: foods that do not disturb your blood sugar much. There is an initial correction/ reversal phase that needs strict adherence for about three months followed later by a maintenance phase in which the diet is less rigid. I provide clients with a list of healthy plant-based proteins and fish along with various vegetables and the less sweet fruits. They are instructed to minimising their use of starches, cereals, processed grains and sugars.

Excess fat, particularly around the torso (truncal obesity), is both a cause of and a result of insulin resistance. Virtually every insulin-resistant diabetic has excess body fat, even the ones who appear thin or underweight. Researchers have used magnetic resonance imaging (MRI) to demonstrate excess body fat in such patients. Those with normal or low body weight have lost muscle tissues and replaced it with fat. The dietary guidelines I have given above are also a very effective fat-reduction tool, especially when protein shakes are used to replace one or two meals daily.

Some nutritional supplements are particularly helpful in correcting Type 2 diabetes and insulin resistance.

Soy protein and green tea are two foods that are very beneficial and are an essential part of the nutrition plan I use.

Chromium: Chromium is a trace mineral that can actually help insulin transport sugar into the cells. It decreases insulin resistance. The modern western diet is deficient in chromium and diabetics seem to need greater amounts of it. Chromium supplements can help both Type 1 and Type 2 diabetics control their blood sugar and is available as chromium piconolate tablets.

Vanadium: Vanadium (vanadyl sulfate) is another trace element that exhibits a variety of insulin-like properties that support the transport of sugar into the cells.

Cinnamon: Scientists have found the daily consumption of the spice cinnamon can significantly reduce blood sugar levels in test subjects. Newly discovered compounds in cinnamon appear to cause the body's cells to respond more efficiently to insulin. As little as a quarter teaspoonful daily had a noted effect.

Researchers in London suggest that Gymnema reduces insulin resistance while others have found in the herb substances that protect the pancreas from damage. Doctors in India often use it for both types of diabetics and it is available as a supplement.

You may email Dr Tony Vendryes at vendryes@mac.com, or listen to An Ounce of Prevention on POWER 106FM on Fridays at 8 p.m.