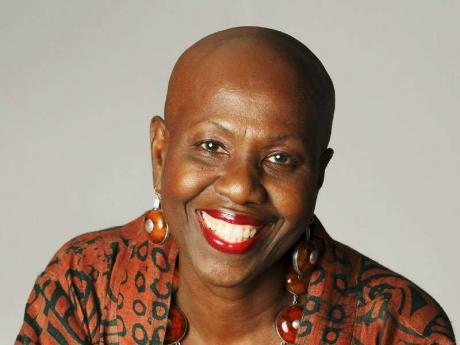 Maxi Priest and Shabba, yes. But Professor Chevannes and Shabba Ranks? I can just hear the kissing teeth. Shabba Ranks, the first dancehall DJ to 'bust big' on the international stage, is no academic. And top-ranking academic Prof Chevannes was no DJ. Nevertheless, both men share a common passion, the roots of which run deep.

Coming from rural Jamaica, both Shabba and Chevannes learned quite early how to be a man. In later life, the manifestation of this self-knowledge would be quite different: the flamboyance of the iconic dancehall DJ versus the quiet eloquence of the compassionate professor. But the models of manliness learnt in childhood are remarkably similar.

At last Monday's funeral service for Barry Chevannes, Professor Peter Figueroa gave an insightful, down-to-earth eulogy that painted a vivid portrait of his long-time friend as a man in conflict - caught between the sexless world of the Roman Catholic priesthood and the desires of the flesh.

Shabba Ranks, Mr Loverman, would certainly understand why Barry gave up the perverse temptation of the priesthood for the pleasures of marriage to a woman of substance, the most admirable Pauletta. There's a wicked joke in circulation on the Internet that says the Catholic priests did not hear the word of the Lord accurately and have forever suffered the consequences. God didn't tell them to be 'celibate'; they were to 'celebrate'.

Tears came to my eyes as Barry's wife recounted the rituals of intimacy they shared: the cup of tea in the morning; the lunchtime conversations; the pleasures of nurturing children; the everyday acts of affection that signify 'heartease'. All of this joy Barry would have had to surrender if he'd followed the Jesuits of St George's into the lime-scented priesthood.

In Jamaican folk culture, it is widely believed that lime cuts your nature. In this worldview, 'nature' is not just the literal world ruled by seasons of rainfall and drought, sowing and reaping. Nature is quite explicitly the sex drive, the instinct to enjoy the natural pleasures of the body.

So when, for example, Shabba Ranks uses the startling image of the "flesh axe", what he's acknowledging is the obvious similarity between agriculture and the sex act - planting and watering seed that is expected to yield a rich harvest. Shabba compares the body of the woman to land that must be lovingly cultivated.

Admittedly, some women may object to being thought of as not-so-virginal territory. But in an agricultural economy that has long deprived small farmers of access to arable land, this earthy metaphor signifies the high value that is placed on the fertile body of the woman.

In much the same way that the anthropologist Barry Chevannes preached the gospel of social responsibility, Shabba Ranks urges men to take care of their women. In Gone Up from the As Raw As Ever album, he declares:

"Just like how a man can't live without flour

Or how a man can't live without rice

A so man cannot live without wife

Again, some women may not appreciate being compared to rice and flour. But, despite the all-consuming analogy, what is most important here is the way in which Shabba challenges the popular middle-class Jamaican stereotype of the 'wutliss' working-class man who refuses to accept responsibility for his woman and children

"If a woman out deh

An no mek it raffle."

Unwanted children who get a bad hand in the game of life are often placed in very risky circumstances. For example, state-run children's homes in Jamaica are increasingly becoming danger zones. Helpless minors are vulnerable to all sorts of exploitation.

Shabba Ranks, fully understanding the importance of being a responsible father, humorously describes himself in this way:

Come fi all di woman weh no have no baby-father

One, two and three

I will mind all di baby

It does take cash to care. But it also takes commitment to care. So Shabba gives excellent advice to women:

"Is not a matter a fact seh dat unu a sell it.

But some man seh dem want it

As dem get it, dem run gone lef it.

No mek no man run gone lef it

An yu no get profit.

Everything a raise, so weh unu a do?

Incidentally, the word I've had to ex out comes from the Ghanaian language, Twi. The Dictionary of Jamaican English tells us that the word means "something large and round, seeming swollen." By the time the word crosses the Atlantic and is transformed in the Jamaican language, it becomes 'vulgar'.

So, of course, the respectable dictionary makes no indelicate mention of the primary meaning of the word in everyday usage in Jamaica. What the dictionary does say is this, with reference to yam: "A yam that grows as a round, lumpish tuber rather than the usual elongated one." So even yams, it would appear, are naturally gendered as male and female.

In quite different languages, Shabba Ranks and Barry Chevannes give equally sound advice on domestic relations. But, too often in our society, we persuade ourselves that there's an unbridgeable gap between uptown and downtown; between what we consider to be 'refined culture' and 'raw slackness.' Barry Chevannes' legacy is, in part, about the need for us to acknowledge the fact that the basic decencies we share are, ultimately, more important than the barriers that seem to separate us.

Carolyn Cooper, PhD, is a teacher of English and an advocate of Jamaican language rights. Visit her bilingual blog, Jamaica Woman Tongue, at carolynjoycooper.wordpress. Feedback may be sent to columns@gleanerjm.com or karokupa@gmail.com.