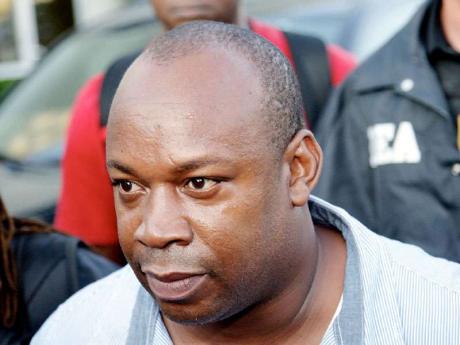 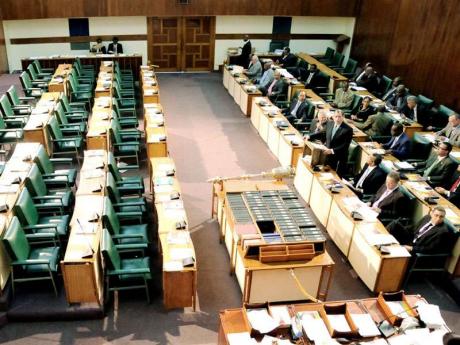 There were empty seats on the opposition side in Parliament as People's National Party members staged a walkout when they were told that the prime minister would not address the Manatt affair in the House. - Ricardo Makyn/Staff Photographer
1
2

BATTERED BY scandals in the last three years, battle-worn by persistent dual-citizenship challenges in the courts, and struggling to fulfil a litany of pledges made in its election manifesto three years ago, the Jamaica Labour Party goes into its 67th annual conference today confronted by images of the past 12 months as it looks for a spark in the crystal ball despite the challenges that lie ahead. The Sunday Gleaner takes a look at the party's mid-term report.

Since taking over the reins of the country three years ago, the Jamaica Labour Party (JLP) has continued Jamaica's unenviable trend of government scandals.

In August 2009, the JLP-formed government received what would turn out to be a tenure-defining extradition request. The delay in signing the extradition warrant sparked much controversy. Then there was the Manatt, Phelps & Philips scandal, which was spawned by the Christopher 'Dudus' Coke extradition request.

The Manatt mess, as it is called in some quarters, is undoubtedly the biggest scandal to hit the ruling JLP since the party came to power in 2007. Some analysts believe that the JLP must have been cursing its luck over the timing of the request, hoping that it could have come prior to their September 2007 triumph at the pools.

With political, social, and economic consequences written into that one extradition warrant - which was eventually signed and Coke taken to the United States in late June after a month-long manhunt this year - the Dudus test has all but defined the Golding-led administration's tenure in office.

While the Coke extradition/Manatt mess is clearly the biggest scandal to have jolted the JLP, there was also the infamous Mabey and Johnson bridge-building bribery case that implicated former State Minister in the Ministry of Transport and Works, Joseph Hibbert. In July 2009, the British engineering company, Mabey and Johnson, confessed that it had tried to influence officials in Jamaica and Ghana to get public contracts. However, the JLP reiterated its belief in Hibbert's innocence.

In August 2009, Mike Henry, minister of transport and works, was hauled over the coals after a Sunday Gleaner investigations, revealed that a total of $50 million had been spent for the purchase and upgrade of the minister's state-owned house.

In an attempt to put the prickly issue to bed, Henry told the media that he would address it in Gordon House.

The Sunday Gleaner's revelation of the Port Authority of Jamaica's purchase and refurbishment of the house, which was part of the assets of the defunct Jamaica Omnibus Service, triggered a firestorm of criticisms.

Henry reportedly justified the expenses as he suggested that the house was in poor condition and he was not accustomed to living in squalor.

While millions were shelled out for a home for Henry, some big bucks were also spent to spruce up the office occupied by Tourism Minister Ed Bartlett.

In October 2009, another Sunday Gleaner investigation revealed that the New Kingston-based headquarters of the Ministry of Tourism spent $8.4 million to retrofit the minister's offices between May 2008 and March 2009, in the midst of the severe economic downturn and significant shortfall in funding for the agency.

In January 2008, months before the completion of this project, Prime Minister Bruce Golding issued instructions for Cabinet to curtail expenditure. But this did not seem to apply to the tourism ministry.