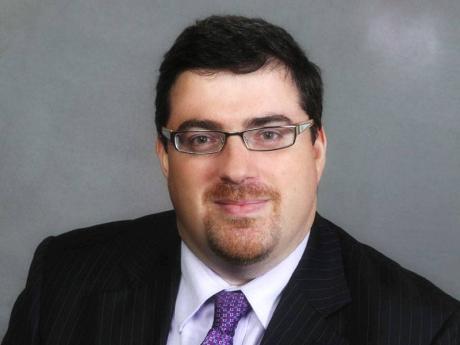 A key objective of a tax system is to raise revenue to fund public expenditure. Jamaica's tax regime seeks to do this but it has been overwhelmed for many years in servicing our ever-growing national debt.

So Jamaica is compelled to borrow additional monies - a further J$106 billion in the five months this year - to both service the debt and pay public sector salaries and pensions, other recurrent expenditure across all sectors, as well as capital expenditure.

An effective tax system generates sufficient revenues to enable a balanced budget be achieved over time. In managing your household budget, you know the importance of spending within your means and earning enough income to repay borrowings over time.

This basic rule in managing your own finances is equally relevant at a national level. But we have not been able to achieve this despite repeated efforts over the years to balance our books.

Our increasing national debt burden and failure to achieve meaningful economic growth over an extended period has adversely impacted our tax system's ability to achieve this goal. The tax system does not play a passive role.

A competitive tax system can both stimulate economic growth and incentivise compliance to get everybody to pay their fair share. The current tax system has not yet realised its potential.

Tax systems can and do influence human behaviour. Simply put, people respond to incentives. Our tax system seeks to influence your choices as well as those of the wider society in a variety of ways.

While some policies are common internationally, for example, high taxes on cigarettes and alcohol, our tax system also contains a myriad of unique preferences and anomalies which have found their way into our tax laws over time.

Did you know, for example, that when buy patties, the tax system seeks to influence your choice of filling? Beef or vegetable patties are GCT-exempt whereas other patties such as chicken, cheese or lobster are taxable. So if you buy the former, you can justify eating that extra patty on the grounds of tax planning.

Or that your local supermarket must charge you GCT at 17.5 per cent when you buy locally produced processed meats/fish but no GCT if you buy imported USDA prime rib-eye steak, unprocessed salmon, shrimp or lobster.

Or that the type of packaging used determines whether GCT is chargeable on many soups.

Or that the sale of a bag of baking flour weighing 99 pounds would be subject to GCT at 17.5 per cent but if another pound of flour is added, the entire bag becomes exempt from GCT.

Or that the rate of GCT levied on Internet and other non-voice telecommunications services depends on the manner in which the customer pays for the services, whether on a prepaid or postpaid basis.

Jamaica has much work to do to simplify the tax system in order to make it easier to administer and comply with. Of course, of the key challenges in undertaking this kind of reform is that many preferences have become heavily entrenched.

As a nation, we have heavily used our tax system as a tool in the pursuit of social welfare objectives rather than implement direct expenditure programmes to achieve same on a more targeted and cost-effective basis.

Across the world, countries have been undertaking extensive tax reform in an effort to enhance economic growth and investment, increase competitiveness, combat unemployment and promote good governance.

A joint publication of the World Bank and PricewaterhouseCoopers, 2010 Paying Taxes - A Global Picture, noted key strategies adopted by a range of countries in pursuit of these objectives.

These include simplifying tax rules, easing the tax burden by broadening the tax base and reducing tax rates, as well as eliminating certain specialised tax preferences.

Jamaica's tax regime is currently characterised by high direct and indirect tax rates generally (when compared to our key regional counterparts) with a myriad of special rules and preferences afforded to certain activities/sectors.

Industry-specific incentives are generally granted for a defined period - known as a tax holiday - after which the taxpayer then faces the full wrath of the general tax regime.

While our counterparts in the region such as Trinidad and Barbados have been pursuing tax-rate reduction programmes, tax rates in Jamaica, with the exception of transfer tax/stamp duty, have remained stubbornly high and have even been increased in recent times due to our challenging fiscal situation.

This is a slippery slope, of course, as extracting higher taxes constricts our ability to grow our way out of our present predicament and will ultimately yield diminishing returns.

Good tax systems are easy to comply with and allow taxpayers to focus energies on their core economic activities.

Simplifying the tax rules and improving transparency to enhance compliance and administration, in conjunction with adopting tech-nology-based solutions, have been some of the strategies adopted by countries to achieve this.

Significant effort has been made to improve the administration of our tax system.

The complexity and multiplicity of taxes and charges imposed continue, however, to pose a challenge to both taxpayers and the tax authorities and much adminis-trative reform still needs to be implemented.

Our tax system can serve us better if we implement much-needed reforms. The good news is that many of these reforms have been extensively documented.

Brian Denning, a partner at PwC Jamaica, has been providing specialist taxation advice and assistance for about 20 years.