'All Are One' on Kingston's waterfront 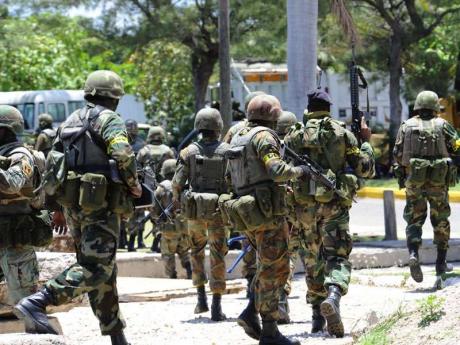 Soldiers preparing to go into Tivoli from the Kingston Waterfront on Monday, May 24. - Ricardo Makyn/Staff Photographer 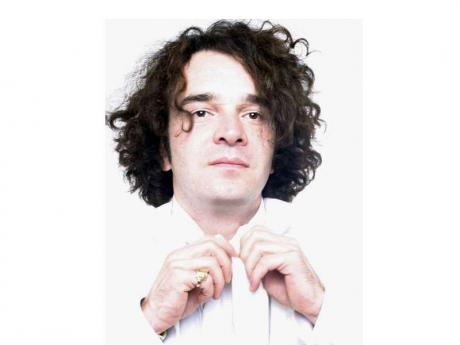 Freeze 4 U, who will perform at 'All For One' next Sunday on Kingston's waterfront. - Contributed
1
2

There was a time when Kingston's waterfront was filled with music, not least of all at the Myrtle Bank Hotel. However, the rhythm and melody went with the general decay of the area, as the entertainment went 'uptown'.

However, just as in recent times there have been efforts to rehabilitate the waterfront and Digicel has made some artwork public on the zinc around the site of its new headquarters, next Sunday at high noon there will be music once more where the sea and concrete meet in the heart of the capital.

The 'All Are One' free family concert, staged by Music Unites collaborating with the Embassy of the Federal Republic of Germany, starts with a pre-show up to 2:30 p.m., with the feature concert then running up to 5 p.m. Slated for the old Myrtle Bank site beside the Bank of Jamaica building (inside the Jamaica Conference Centre if rain falls), 'All Are One' features Freeze 4 U from Germany, former Boney M supergroup member Claudja Barry, Karen Smith, Cameal Davis, Ernie Smith, Charmaine Limonius, Michael Sean Harris, Cherry Natural, Della Manley, Princess Tia, Earl 'Chinna' Smith, Kiddus I, Rosina & Norman, From the Deep, The Choir of the National Youth Orchestra, Kingston Philharmonic Orchestra and Grand Chorus of Jamaica and the Music Unites Jamaica Band, directed by Peter Ashbourne.

It will be staged along the same stretch where Jamaica Defence Force soldiers gathered before being deployed into Tivoli Gardens on May 24 and the concert is directly related to that bloody event.

Rosina Moder of Music Unites says that the concert's title comes from the late Clyde Hoyte, who "created a slogan that he wanted to be a slogan for the United Nations (UN) and for the world. It is 'Remember, All Are One'.

In May, as the events in Tivoli unfolded, Moder says "the slogan of Clyde Hoyte came back to me. The title of the concert relates to Hoyte's wish and vision".

"I was really very bothered by hearing gunshots in May," Moder said. "I am a child of the Resistance against Hitler. My father was active in the Resistance. I grew up cursing guns and cursing governments which wage war."

Her response is music. "I said let us give some sign of reconciliation to the people. We can never know what they go through," Moder said.

Moder points out that Princess Tia wrote a song in response to a friend's seven-year-old son being killed. It asks Who's Responsible? Also, The Choir of the National Youth Orchestra wrote 'Why?', which Moder says asks "the reasons people kill, why we can't eat for three days".

The line-up is noticeably without a hugely popular name. Moder says "we are all drawing cards".

"I have watched things recently and it seems a show is no good without a big drawing card, if you don't have the hypest, hippest person. A lot of serious, good musicians are left on the roadside. It is not done intentionally," Moder said.

"I want to show the society we are all good artistes, we are all drawing cards in our own right, without going for this big drawing card where people feel they have to perform before them."

Freeze 4 U from Germany, who organises events under the slogan 'United We Change', has put on concerts in the Phillipines and Africa and done united events with Israeli and Palestinian children. He wanted to perform in Jamaica and, when he made contact with the German Ambassador in Jamaica, the link with 'Music Unites' was soon made.

Moder is not unmindful of the similarities between 'Music Unites' and 'United We Change' and adds that Freeze 4 U's song The Beauty of the World, was performed by the then National Orchestra of Jamaica (now Kingston Philharmonic) at last year's Independence Gala at the National Stadium, in the segment 'Waves of Change'.

Noretta Lewis and Michael Sean Harris were the soloists, Peter Ashbourne infused reggae into the song and the lyrics were adjusted to "peace and love, Jamaica we change".

On Sunday The Beauty of the World will be performed as the finale of 'All Are One'.

Claudja Barry will do Oh Happy Day along with The Choir of the National Youth Orchestra.

The Music Unites slate of events continues in January with the 'Marley meets Mozart' island tour free concerts, featuring soprano Marie Claire from Dominica, One World Jazz Ambassadors and the Samuel Felsted Chamber Music Group. The tour will stop at Island Village, Ocho Rios, on January 15, the following day at the same time at the Montego Bay Civic Centre and close at the Auditorium of the School of Music, Edna Manley College of the Visual and Performing Arts, on January 17 at 7 p.m.

In May 'Music Unites Cuba-Jamaica' is at Jamaica House with Buena Vista Gala, featuring Company Segundo, from Havana, and Jamaican All Stars, directed by Peter Ashbourne with vocalists Karen Smith and Michael Sean Harris.

The current calendar of 'Music Unites' events goes through to November 2012.