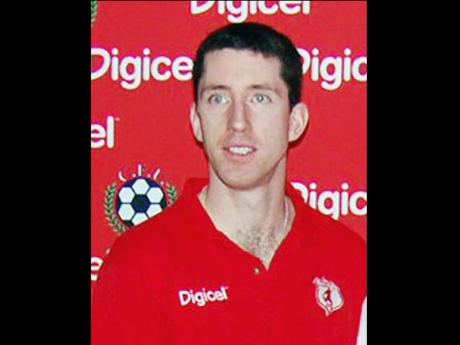 Title-sponsor Digicel wants to create an avenue for countries to have their top players available throughout the Digicel Caribbean Cup (DCC) Finals, to ensure that they have the best available talent at their disposal during the crucial stages of the tournament.

Two nations were affected at this year's DCC championship, which ended in Martinique on Sunday with Jamaica beating Guadeloupe 5-4 in a penalty-shoot-out decider, after the teams had finished 1-1 through regulation and extra time.

Guadeloupe's captain Stephane Auvray pointed out that four of their players had left the team to rejoin their clubs in Europe, thus missing the semi-final against Cuba and final against Jamaica.

In fact, champions Jamaica never had any of their England-based players in their 20-man squad for the tournament.

Kieran Foley, Digicel's group marketing director, explained that they are looking to change that trend. He said they have begun talks with Caribbean Football Union (CFU) and CONCACAF President Austin 'Jack' Warner, who is also a powerful FIFA vice-president, to create an international day during the tournament to fix that problem.

"We're very mindful that there are quality players from the Caribbean playing across the world in the United States and Europe," he said. "We've spoken to President Warner so that we have a FIFA day for certainly the finals, that at least for the final they would be available for selection.

Foley noted this is only one of several things they are doing to not only improve the tournament but regional football.

"We've been in this since 2004 and we've worked closely with the CFU to develop it, and we've really progressed it from tournament to tournament. This year we've followed the same format ... but for me the big difference this year was the quality of the teams that qualified and how much they were competing.

"You could see from Brian Hamilton last tournament to Billy McEwan with Antigua, they've really come a far way," he noted of the Antiguans, who barely missed the semi-finals, and also a couple of their more experienced players to club football.

He says they want to make another step by choosing a Digicel All-Stars team to face a big EPL club like Manchester United, City or Liverpool. Foley stated that they have begun talks with the CFU and the clubs.

Foley also pointed to Guyana's rise up the FIFA rankings to 95, their first time ever under 100, as well as Trinidad and Tobago's reversal in rankings and form, which was facilitated by increased internationals through the DCC.

"We're delighted to see it progressing," he said, noting that Digicel are the "principal sponsors of 17 federations across the region".

John Barnes has been the head coach of the clinics, where eight kids from the Caribbean and Central America are chosen for a clinic at English Premiership Club Sunderland. This year, they added another dimension to that programme by bringing coaches from Sunderland to the region, where they coached both players and coaches.

Pointing to their broadcast package, which included matches streamed live on its website, radio and general press, Foley pointed to the type of exposure which intrinsically contributes to their overall plan for the development of regional football.

"We're delighted, the press coverage was fantastic," he said. "We had FIFA Mundial come and they did a programme, they have a 300-million viewership and they will be doing probably more than one run, so that is fantastic."