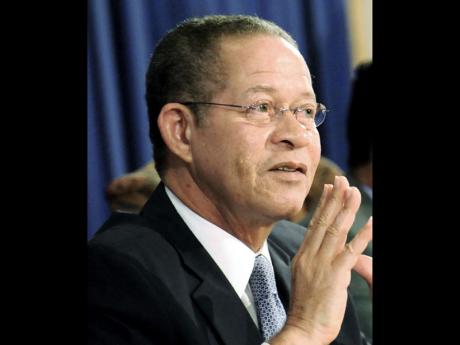 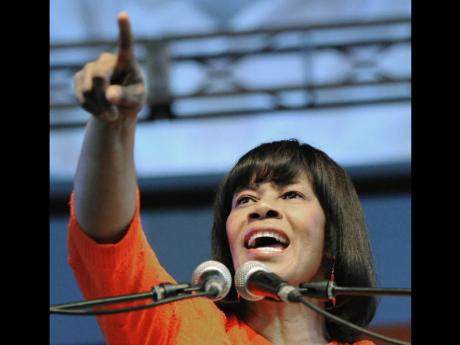 On May 19, 2009, Bruce Golding declared in Parliament that Cabinet had decided to pass laws to require the inclusion of the father's name in the registration of birth. "I wouldn't specify a time, but I would expect that the legislation should be in Parliament in the next three months." Well, 18 months have passed and we have heard nothing more from the PM on the matter. (Not that anyone else in the country other than maybe Ronnie Thwaites seems to have any interest in such a law, least of all our women's groups and human-rights organisations and female parliamentarians and senators).

In June this year, Mr Golding sent to the civil-society group, 'Partnership for Transformation', a 15-point agenda with timelines for the implementation of the measures to which he had given commitments in his 'Manatt apology' broadcast on May 17. It was such an impressive document that the Jamaica Council of Churches called for it to be shared with the public. Founder of the National Integrity Action Forum (NIAF), Trevor Munroe, urged the prime minister to table it in Parliament. Well, Mr Golding has given no indication of being interested in the church men's or Dr Munroe's advice. This much-heralded 15-point agenda seems, as far as John Public knows, another dead dust-gathering document.

On November 21, at the JLP convention Mr Golding thunder "If we are going to call for public disclosure of contributions, we [politicians] must be prepared to publish our own integrity declaration of income and assets and liability. I am prepared to publish mine tomorrow ... . I don't need any law to do it." Well, tomorrow has gone and Christmas is coming, and we are still waiting for Mr Golding to publish his financial details. If he didn't intend to do so, why the hell did he bring up the topic?

They say once is an accident, twice is happenstance and thrice is a pattern. No doubt, there are many other examples, but these three glaring instances of Bruce Golding making grand standing promises and then failing to be even seen to be trying to fulfil them have stuck in my mind. Yes, he has sometimes done what he said he would. But the self-styled chief public servant has so often raised the public's expectations to the sky, only to dash them to the earth, that he has become an almost anancy-like stock figure of mendacity. "Don't you Bruce Golding me!" I recently heard a young lady accuse a friend who she suspected of lying to her.

When you have such a long history of breaking your promises, why should anyone consider you trustworthy? No wonder people are singing 'Elie, Elie' songs about the man. And no wonder the Manatt issue has so stuck in the public's craw. If all the statements Mr Golding has made on the issue were legally parsed, he could probably be technically cleared of lying. But the continually glaring gaps between his words and actions have so frustrated Jamaicans that, no matter what the letter of the law says, the strong feeling on the ground is that Mr Golding has lied in spirit.

Opposition Leader Portia Simpson Miller, on the other hand, is clever enough not to make specific promises, her speeches being, for the most part, meaningless repetitions of specious generalisations and fuzzy talking-shop concepts such as 'progressive agenda' and 'integrity commission'.

She used to frequently put her foot in her mouth, but, of late, has seen the wisdom of the old mantra - so successfully adhered to by P.J. Patterson - that, in politics, nothing is often a wise thing to do, and alwaysa wise thing to say. Unlike Bruce Golding, who arrogantly tried to Hector, his way out of his Manatt troubles, Portia has simply shut up about Trafigura, a so-far successful strategy, aided in no small part by a compliant media. (It is astonishing that no one in our press corps, or even the The National Italian American Foundation (NIAF), has contacted Dutch authorities or reporters to find out exactly what the current investigation of Trafigura is all about, and what kind of questions the officials of the former PNP government are expected to answer.)

It is equally amazing that no one has examined the Hansard report of K.D. Knight's October 17, 2006 parliamentary testimony which strongly implied that then government officials 'worked' with Trafigura so it could 'find that way' to 'breach the laws by which it is governed' by creating a dummy commercial contract with the CCOC Association (Colin Campbell Our Candidate) rather than giving a direct contribution which have transgressed Organisation for Economic Cooperation and Development anti-corruption guidelines.

Mrs Simpson Miller's public utterances these days consist mostly of opposing any policy proposed by the Government. For instance, Mr Golding's recent announcement of long-term plans to move the JDF headquarters was immediately attacked by the Opposition leader and other PNP officials, without checking to see if it was the soldiers who wished to relocate, as the prime minister has since reported. Similarly Mr Golding's announcement of planned term-limits legislation has suddenly transformed Mrs. Simpson Miller into a vociferous opponent of a concept to which she previously paid little or no attention.

Still, there is merit to her argument that "The manner in which the prime minister presented the bill is demonstrative of the exclusionary approach of this Government," and that "a decision should be made after wide consultation."

'Consultative' was such a buzzword of the early Golding administration that it became an instant laugh-getter in Dr Michael Abrahams' prime ministerial parodies on the Ity and Fancy Cat Show. But it has not been in much evidence of late. The appointment of the Manatt-enquiry commissioners was a case in point. Whatever the legalities, it was a golden opportunity for Mr Golding to set a precedent on Government and Opposition co-operation in setting up commissions of enquiry. To go ahead and simply name the commissioners, without any input from Mrs Simpson Miller, went against all logic and common sense, with his feeble excuse about not being able to get in touch with her bordering on the ludicrous.

I have no idea how he makes his decisions, but Mr Golding appears in dire need of a reliable devil's advocate sounding board. As Robert Burns put it

"O wad some Power the giftie gie us

To see ourselves as ithers see us!

It wad frae monie a blunder free us

Word on the street strongly suggests that Bruce Golding's inability or unwillingness to follow through on his word has so severely damaged his credibility that he may well be unelectable. The recent Don Anderson polls confirmed what anecdotal evidence is indicating, that as things now stand, a Golding-led JLP is odds on to lose the next election.

The previous scandal-plagued PNP government delivered less than one per cent growth a year, from 1989 to 2007, and oversaw an almost 400 per cent murder increase. In Opposition, apart from Peter Bunting and Mark Golding's appointments, it has made no major personal changes, made no attempt to reorganise itself, as recommended by the Meeks report, and put forward virtually no policy proposals of substance.

For a three-year old government to find itself 10 points behind in such circumstances takes some doing, especially with the Jamaica Debt Exchange swap having cut the national debt burden by some 40 per cent, and murders over the past six months being down 40 per cent or so. But, from Mr Golding on down, the JLP are clearly clueless at communicating with the Jamaican masses, a symptom perhaps of uptown big man 'I know better than these idiots what's good for them!' arrogance.

If, as Harold Wilson famously said, a week is a long time in politics, then two years is an eternity. But if Mr Golding hopes to ever change the opinions most Jamaicans now have of him and his party, he had better start showing us he means to fulfil the promises he makes, both large and small.

Kevin O'Brien chang is a businessman and author of 'Jamaica For Real' published by Ian Randle Publishers. Feedback may be sent to changkob@hotmail.com or columns@gleanerjm.com.